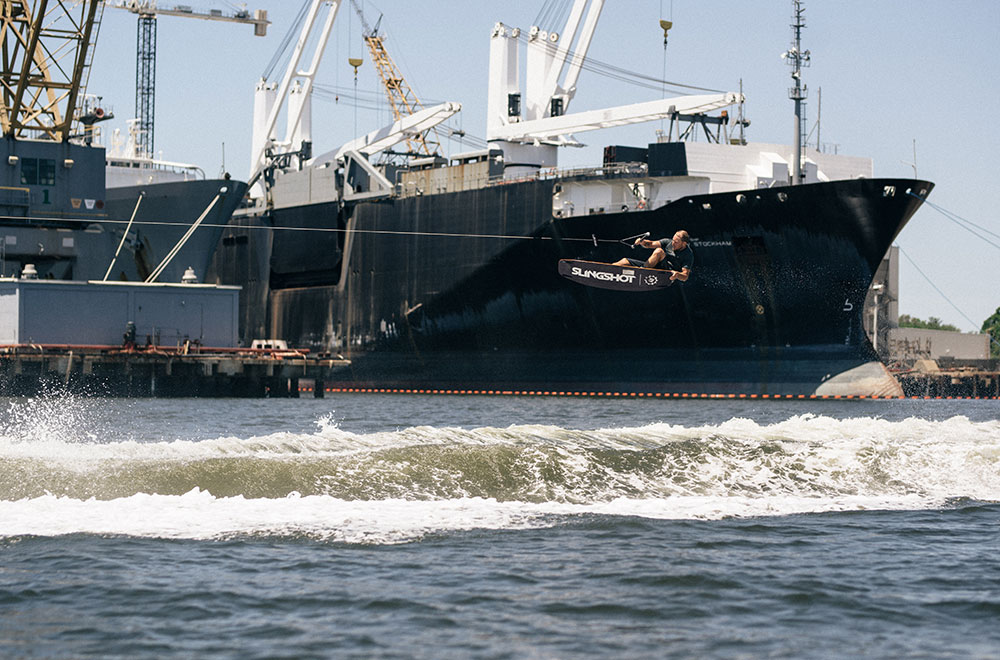 Just after the 2018 Yardsale, I rallied the troops to come join me for a week of boat riding on my new home turf in Charleston, SC.  Dylan Miller, Alex Graydon, and Steffen Vollert were up for the mission. So, after we packed up at Valdosta and said our goodbyes, we hit the road. After about 5 hours of driving, we arrived in Charleston, or “Chucktown,” as the cool kids call it. Charleston is a town known for its History, foodie culture, and classic southern feel. There’s a large boating culture here as well, but not many boats that look like ours. Most are slammed full of Yeti coolers, fishing rods, and a serious rack of Budweisers. So, when we roll around in the G, it certainly gets people’s heads turning.

We started our first half of the week in the Charleston Harbor, riding up the Cooper River and then out to the Stono River where we found plenty of calm water, epic scenery, and more dolphins than we could count. The guys were definitely blown away by the change of scenery from our usual Orlando boating routines. I was stoked to play host as they looked wide eyed onto the massive tanker ships and sailboats.

For the last two sessions we headed back to Wadmalaw Island where people say things like, “I appreciate ya buddy,” which immediately became Dylan’s go-to phrase for the remainder of the trip. The waters are a lot more serene back in the creeks of Wadmalaw, but the tides can be tricky! I learned this the hard way after inviting a crew out to ride only to later realize that the tide was too low to get the boat off the lift or out of the creek and into ride-able waters. On our first session out, we were convinced we were going to pet some dolphins who repeatedly swarmed the boat. I even got down to the water like we were in free willy – splashing the water and holding my breath, expecting a dolphin to pop out and kiss me at any moment. Then we saw a strange dolphin…a dolphin with two fins instead of one, who was moving slowly and failing to swim like a dolphin altogether…otherwise known as A BULLSHARK.

There’s a lot of new excitement and potential up here in Chucktown, and it was rad to have the crew join me in experiencing what Charleston has to offer. Surely we will be exploring these parts quite a bit more in the next few seasons! 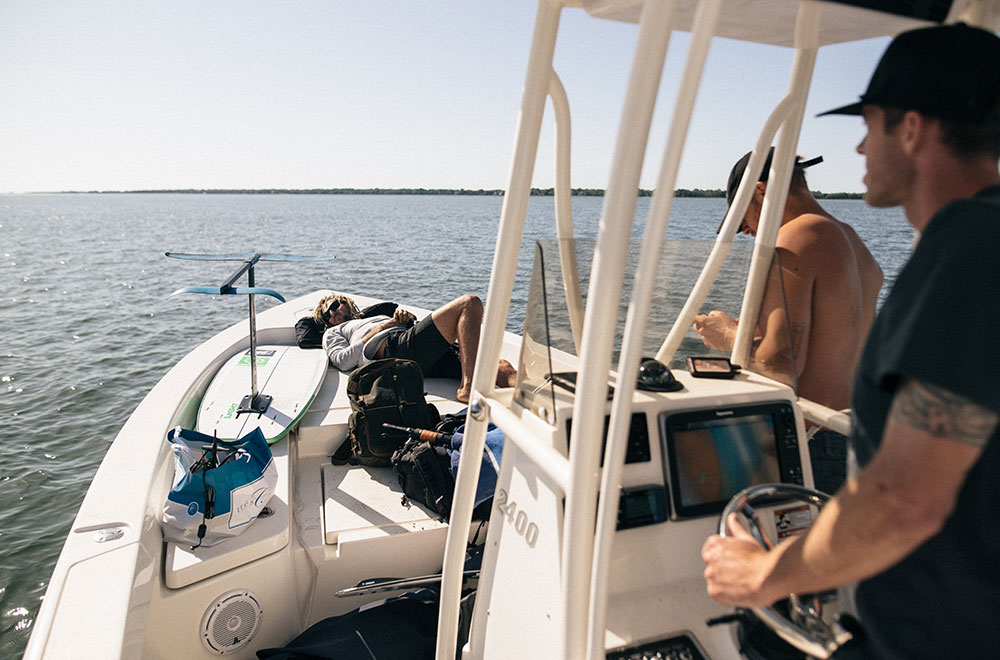 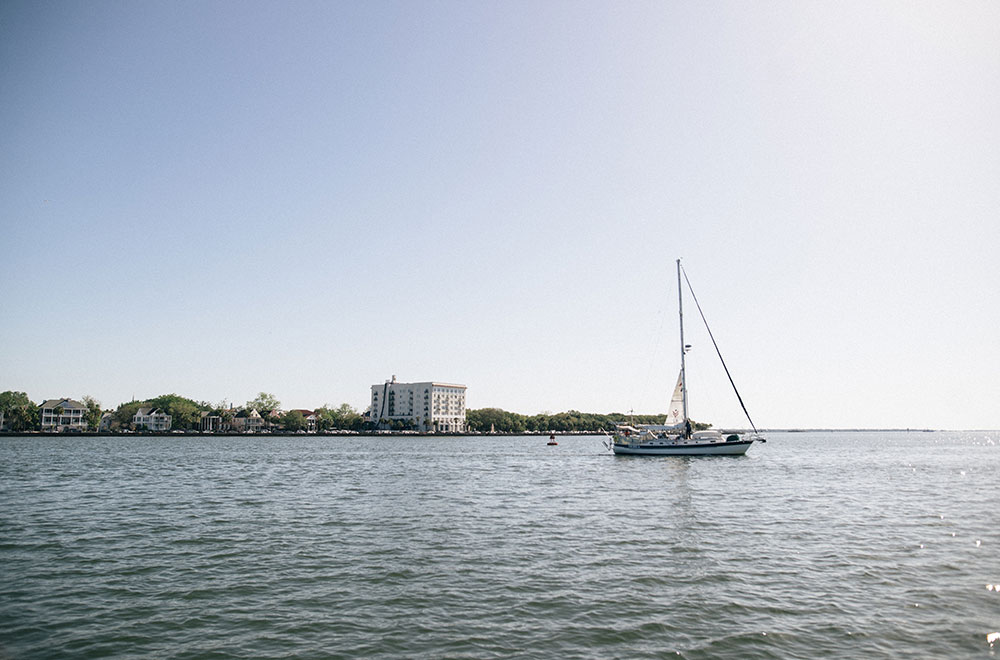 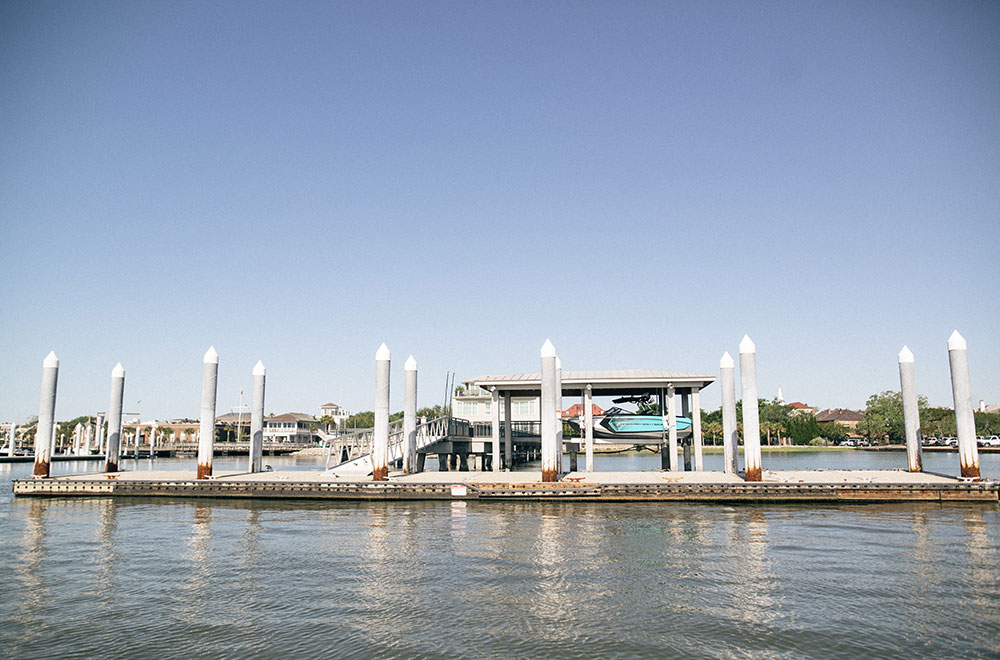 The dream machine all tucked away 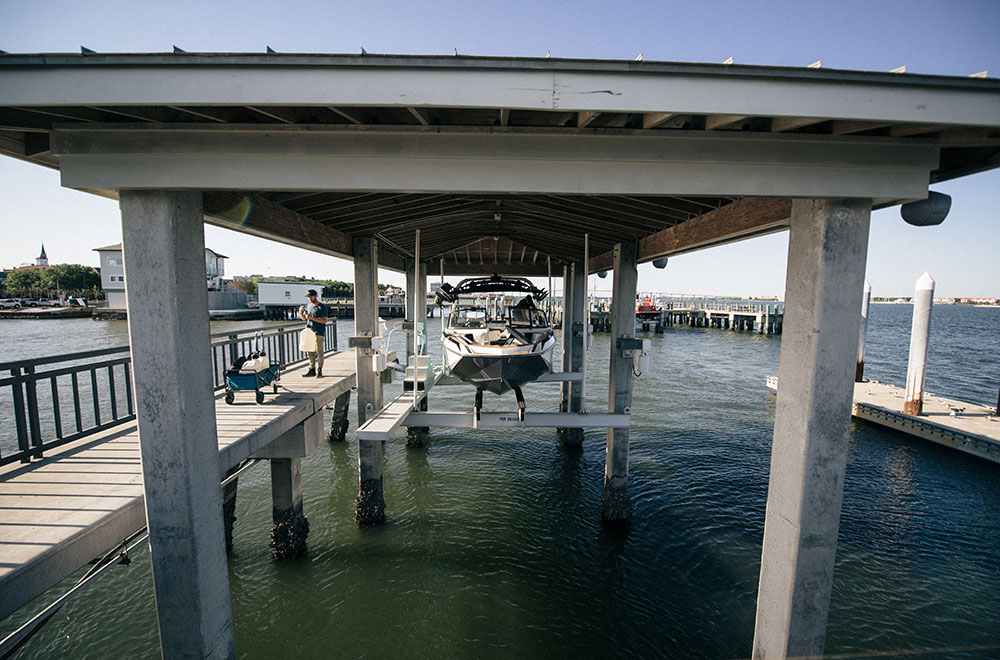 Yes, it can lift it with the sacs full. 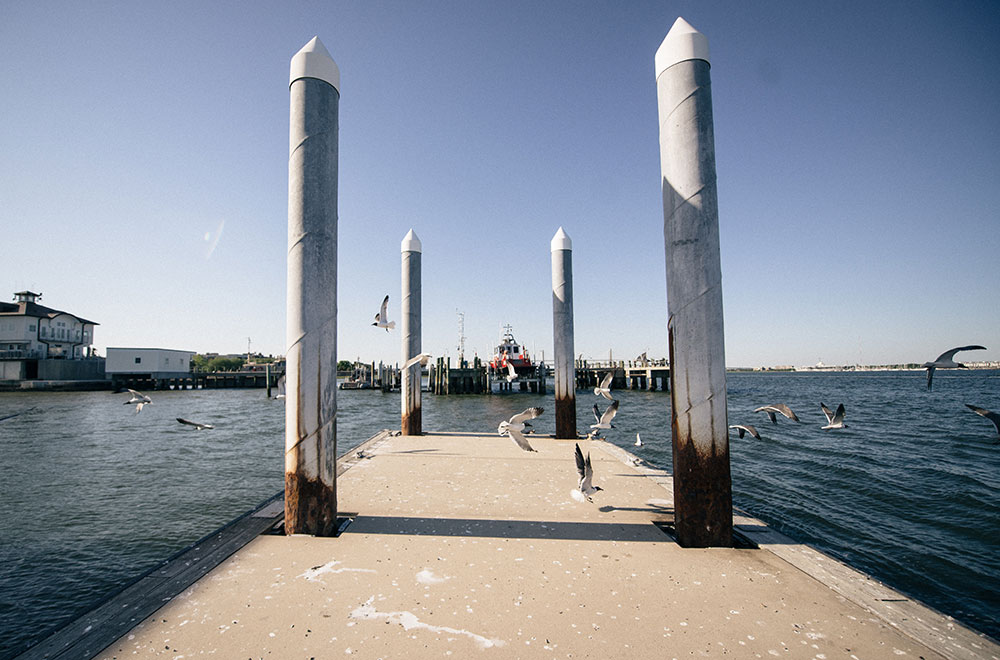 If it wasn’t for the shit all over everything, these birds would be pretty cool… 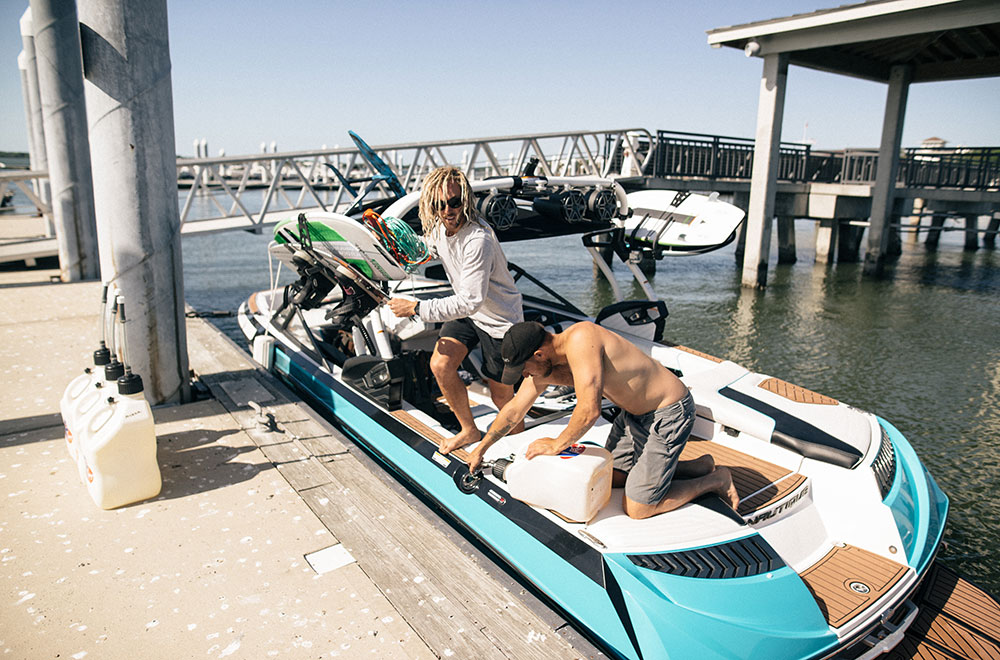 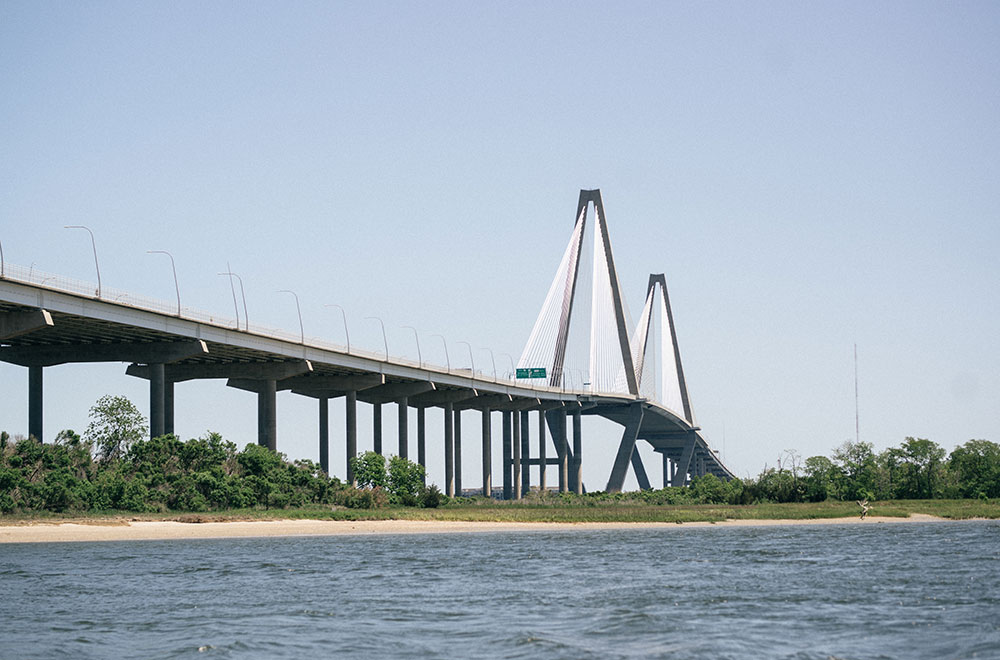 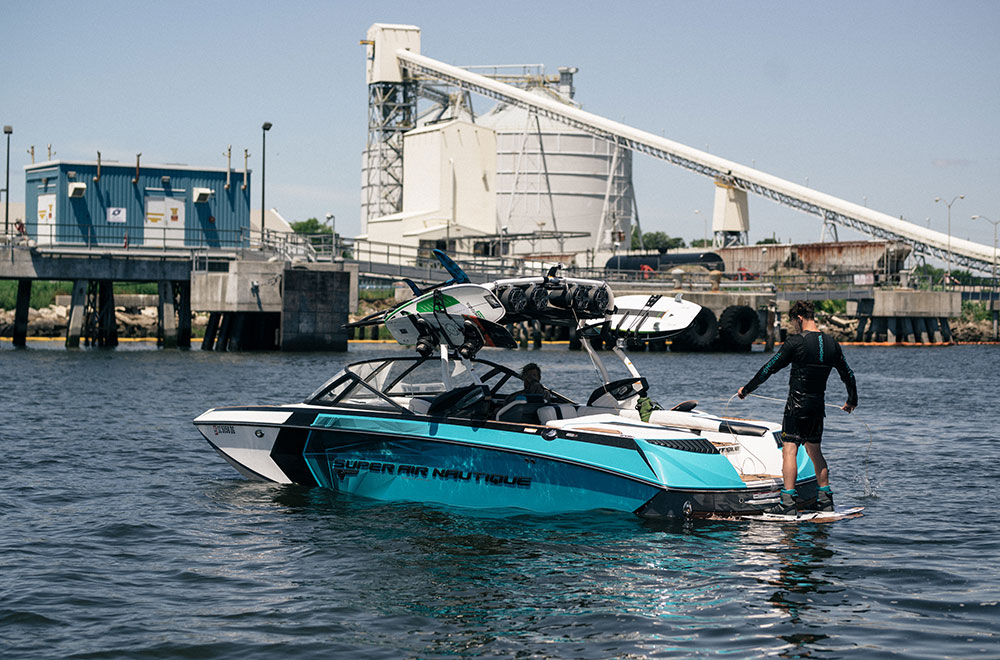 Ready to rip on the Cooper River 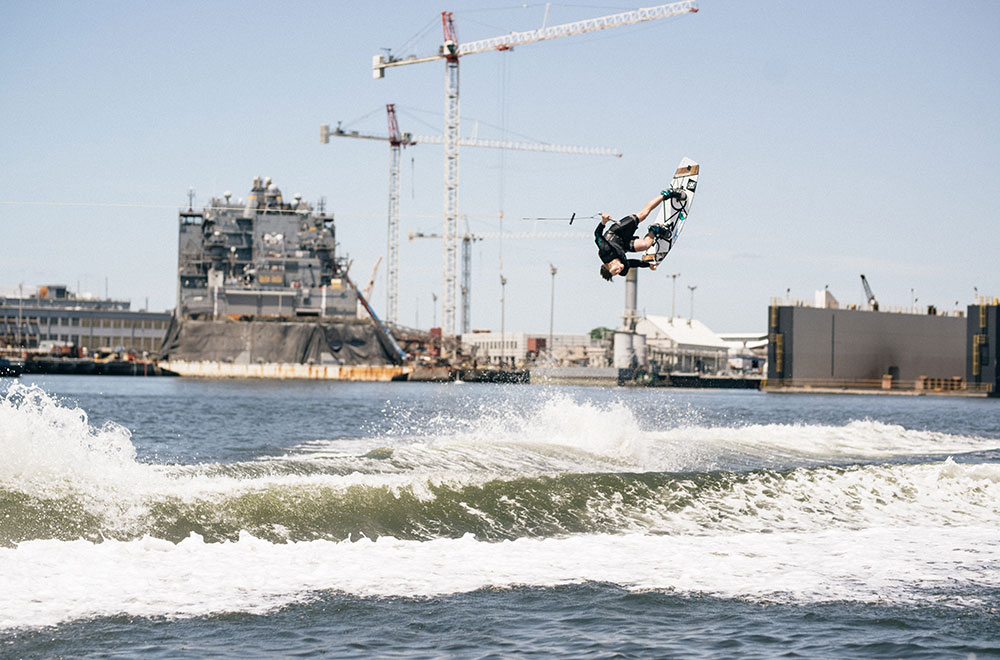 Tail grabbin’ the Nomad is always a treat 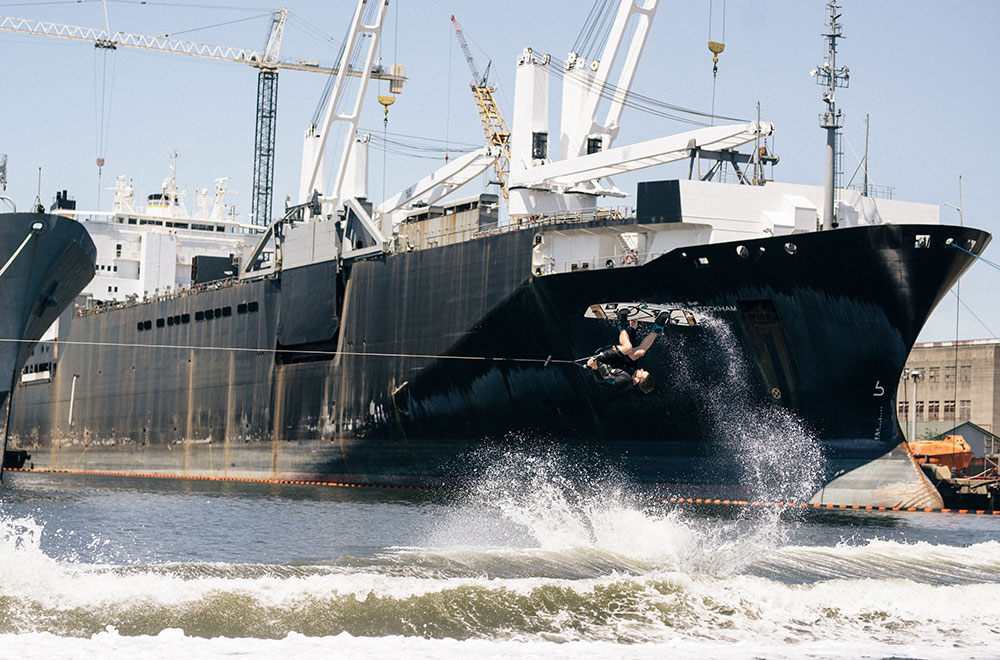 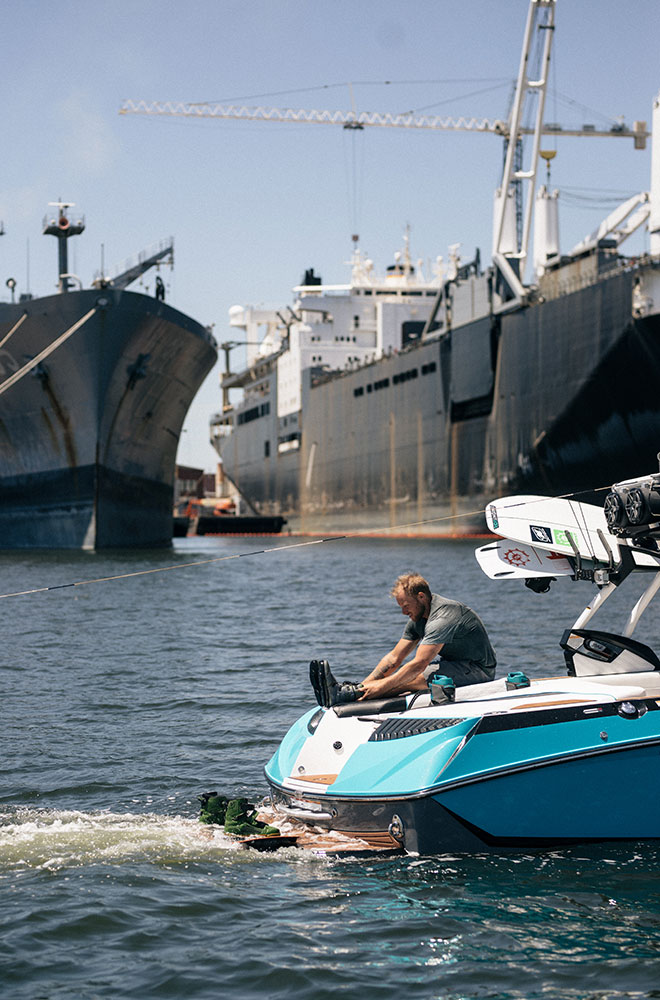 Small fish in a BIG pond 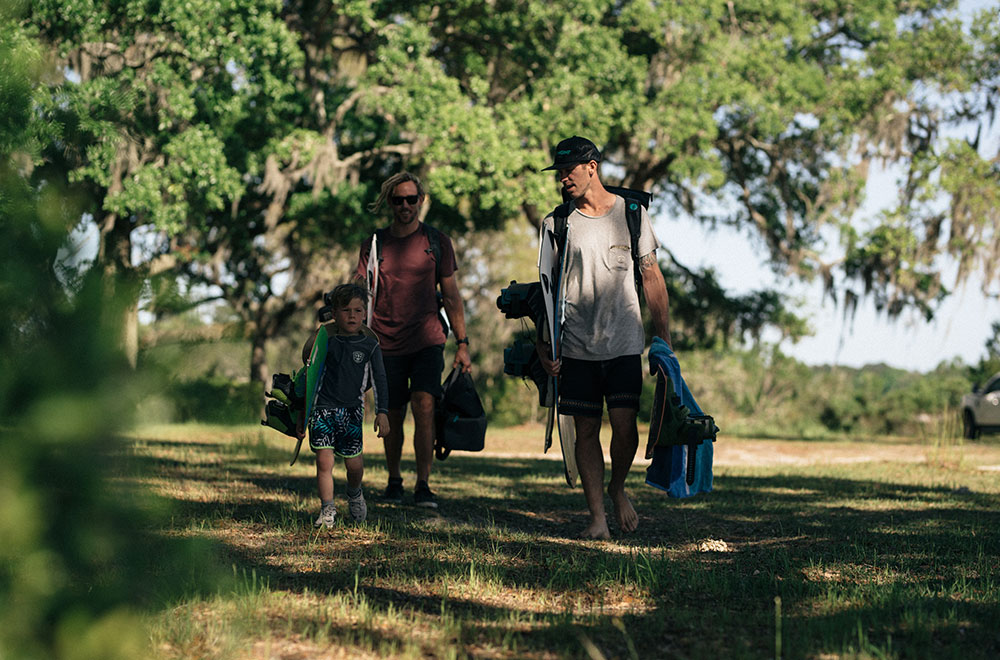 My version of baby sitting 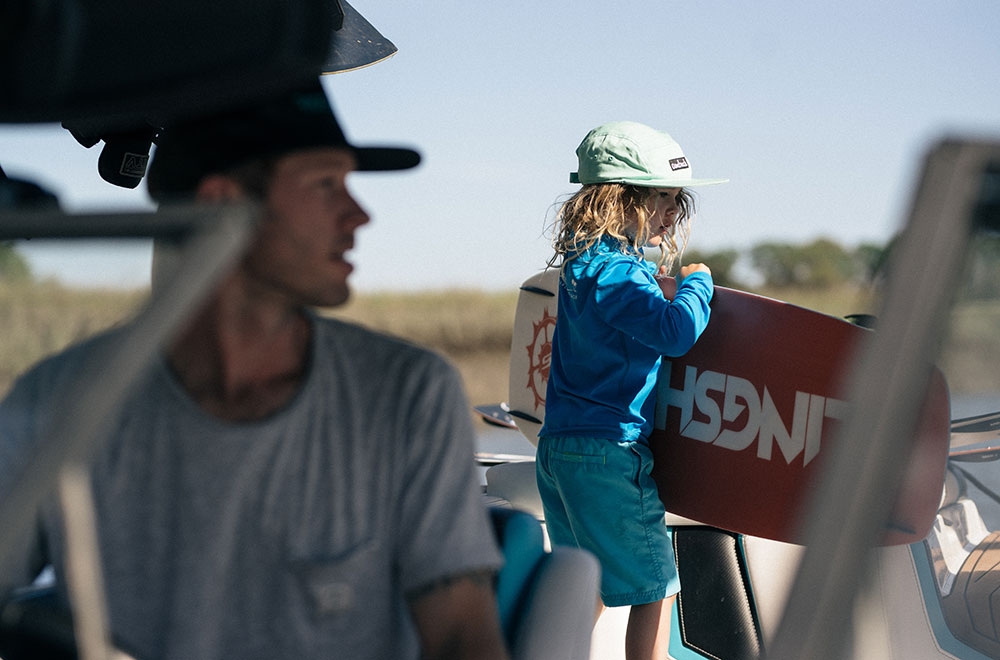 The next generation! My girl Emma and her “Shark Board!”