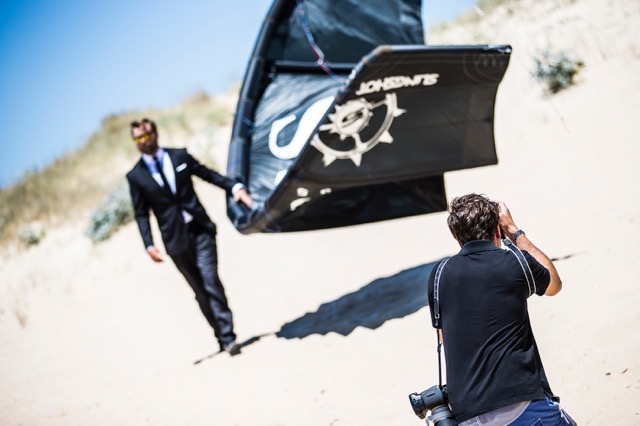 How long have you been planning the stunt for?

We completed the Mastwalk two years ago and ever since then I have been thinking about the next stunt. It all started with a bit of fun with the team and is now almost expected from Alex Thomson Racing. I am often asked ‘What next?’ after the Keelwalk and Mastwalk. We spent a long time preparing and training for the Skywalk. There were a lot of elements that had to come together to make it work, especially with the added factor of me kitesurfing rather than being on the boat for this stunt. 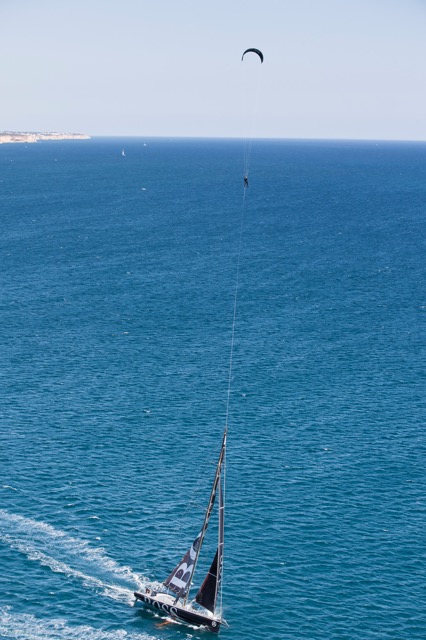 Why did you choose the Skywalk?

I have had the concept of the Skywalk in the back of my mind for a long time. Sailing is my full time career, kitesurfing is my hobby. Kiting is what I love to do in my free time and being able to combine both to create the next stunt was perfect. 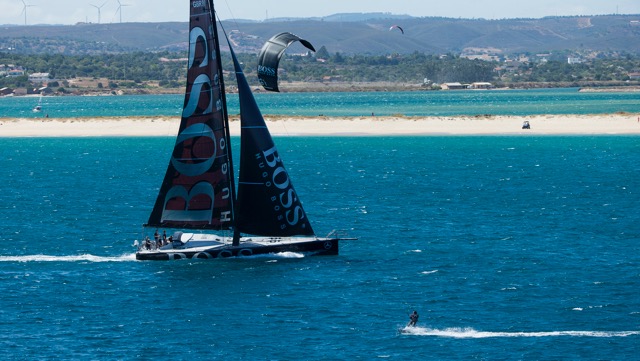 How did you prepare?

I am fortunate to know some really great professionals from the kiting world such as Susi Mai. I had several weeks training in Alvor, Portugal. Where we developed the technic of attaching and launching. We practiced lifting behind our RIB as we worked towards completing the stunt behind the ‘HUGO BOSS’. But honestly I was less nervous about completing this stunt than I was about the Mastwalk. There were a lot more elements to coordinate in this stunt as the addition of me kitesurfing. It took a lot of planning for every possible outcome. If anything were to go wrong, we had to find a safe way out of it – and I had to overcome my fear of heights! 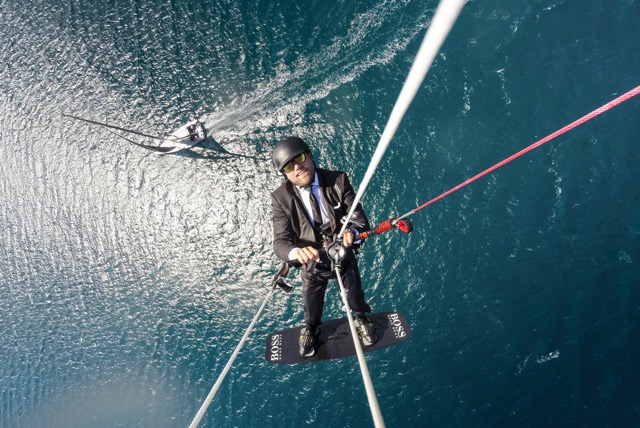 Who was sailing the boat during the stunt and what difficulties did they face?

Our Operations Manager Ross Daniel was helming the boat. Whilst helming Ross maintained a constant speed and ensured a steady course. This was critical for the approach to collect the line and then the racing yacht had to maintain a steady course for the ascent. Ray Kasper my kitesurfing coach was standing behind Ross and watching my every move during the stunt. Ray was communicating with Ross the whole time to ensure the yacht and I were in the perfect position to complete the Skywalk. There was also a full crew on board. 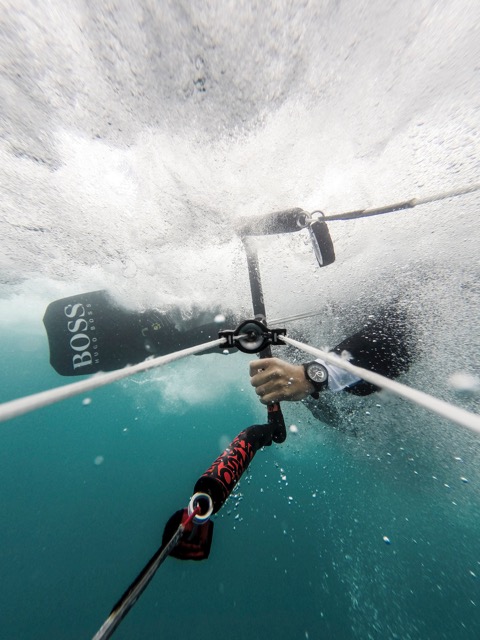 How many practice runs did it take?

Leading up to the stunt we had several days practicing behind the RIB, before practicing behind ‘HUGO BOSS’. We then set the cameras into action and over two days I completed the stunt 13 times allowing us to capture all the footage we needed from the RIB and the helicopter.

What were the risks involved?

A huge amount of time was spent preparing for the challenge; calculating the risk, the length of rope required, position of the yacht, position of me and of course the right sea state and wind conditions. The main thing that could have gone wrong was my kite collapsing causing me to fall out of the sky; this could only be managed by how I controlled the kite on the descent and was down to me. 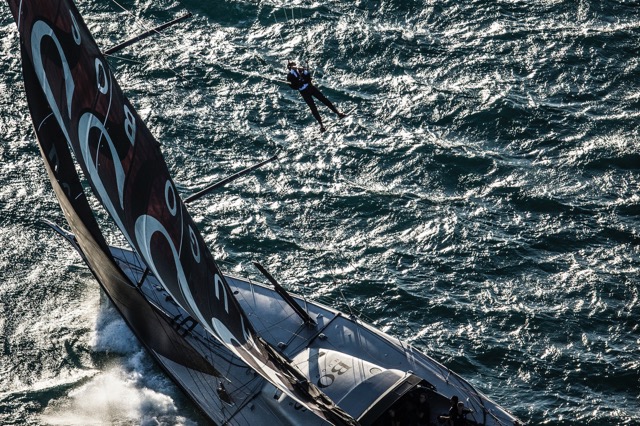 How could you guarantee your own safety?

At all times there was a diver and medic on standby in the safety RIB which was following ‘HUGO BOSS’. The diver was ready to get into the water in case I hit the water incorrectly during the stunt. I was always in communication with the team via a radio headset, enabling me to communicate with the racing yacht and the safety RIB. This communication channel allowed me to know what the yacht was doing at all times ensuring the stunt was completed successfully.

How did you feel when you finished the challenge?

It was great fun! I just wanted to get back out there and do it again.

See some of Alex’s past stunts