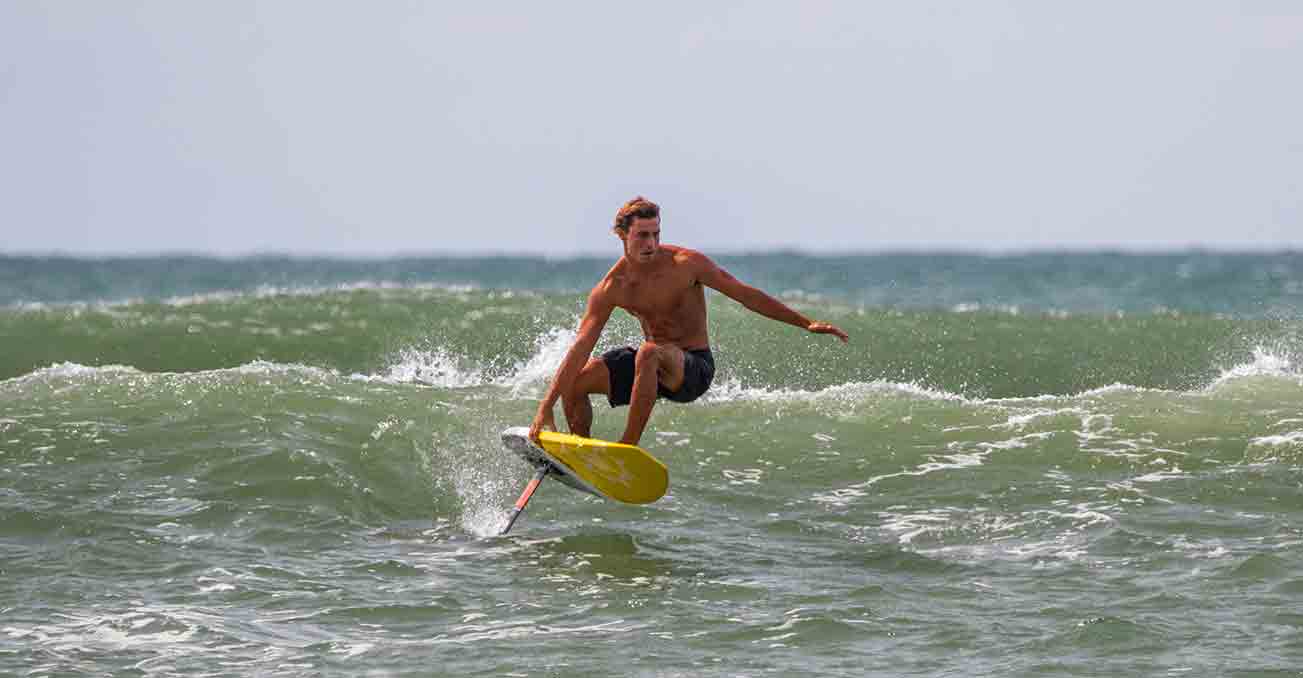 The Slingshot Hover Glide Surf Foil makes it easy to catch a wave. Once you are up it rides waves effortlessly without the need for excessive “monkey pumping”. Unless of course, you want to pump, then go for it on the way out.
IMPORTANT NOTE: There are plenty of foils out there with tons of lift, but they tend to be super slow and can’t keep up with most waves without pumping to generate speed. Faster foils, meanwhile, need more speed to get going and don’t really work for the small, rolling waves foilers love so much. The Hover Glide FSurf package, equipped with our new INFINITY 76 wing, is the best of both worlds. A large outline provides all the low-end lift and pump-ability you’ll ever need, while its unique inverted gull wing shape allows for much faster top-end speeds than foils with similar surface area.
All Hover Glide wings have been re-engineered for 2019 with new carbon composite construction. The magic feel of the Infinity 76 comes from its inverted gull wing shape that essentially gives you the easiest lift and glide performance. The great lift and stability at low speeds make learning to foil a breeze, but fear not, this is not a wing you will outgrow. Its unique shape will make turning and pumping feel like second nature. After all what fun would riding waves be if you couldn’t turn? With the new Infinity wing, you will be making endless laps around your friends.
carbon surf foil, ocean foil, ride waves, surf foil wings, surf hydrofoil
Share on: