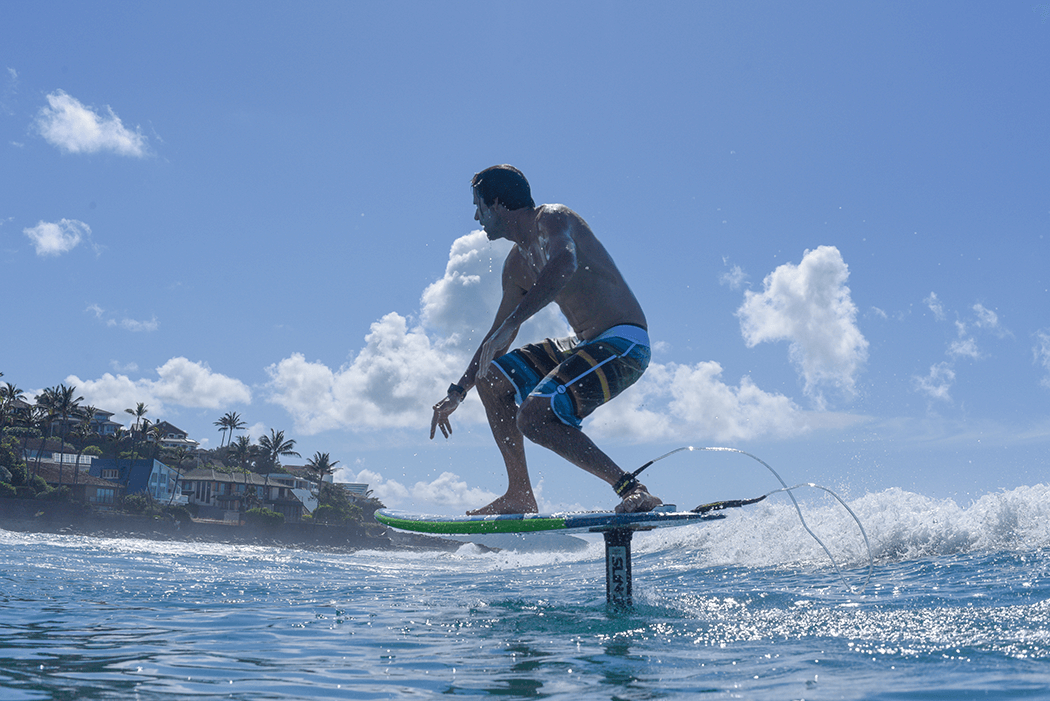 How to Eliminate Surf Foiling Fear

Eliminate Surf Foiling Fear.  Follow this advice and you’ll be surf foiling in no time.

If you’re just getting started with surf foiling, we have some great news for you: It’s not nearly as intimidating as may think, and it’s a lot safer than you’ve probably heard. Foiling has come a long way in just a few years, and thanks to the many surfers who have helped drive innovation through testing, trial, and error, we now have proven designs and effective learning methods that take much of the fear and frustration out of the learning process.

Here are five tips every beginning foiler should follow:

The time you spend in Foil Academy will go a long way once you’re on the water with your foil. It’s like studying before a test- you will have less fear because you’ve done your homework and know what to expect. The lessons, tips, and trick in all Foil Academy courses (kite, wake, windsurf and surf) will save you time and energy in the water and will give you the confidence you need to have fun during the learning process.

Starting with a pull behind a boat or ski with a short mast, even if it’s just for a short time, is by far the easiest and most effective way to make learning to surf foil easier and safer. The trick is learning to foil, and then learn to surf it later.  Don’t make the mistake of just going out in the surf with a full-size mast and a dose of overconfidence.  Slow down.  Follow a program.  Slingshot was the first brand in foiling to create a multi-mast package, called Foiling Flight School, and it pretty much changed the learning process overnight. No more intimidating learning curve, sketchy crashing and frustrating first days. With the Flight School system, pretty much anyone proficient in their sport (kite, wake, surf, windsurf, SUP, etc.) can learn to foil. The FSurf package features 18”, and 28” masts and allows you to progress in length as you get the feel for foiling. A shorter mast is easier to maneuver and way easier to control, which translates to more time learning, less time wiping out and less severe crashes. For surf foiling, the 18” is great for learning and the 28” seems to be right in the sweet spot for tapping into the energy of the waves.

This one is just common sense. Most of the fear in learning to foil comes from two things: Crashing and hitting (or being hit by) the foil. Once you’re a proficient foiler it’s much less of a worry, but until then it’s a great idea to protect yourself properly. This means a helmet, a full-length wetsuit, a lifejacket or impact vest and, if possible, booties.

One of the most common injuries we see in foiling isn’t from a wipeout or high-speed encounter with the foil- it’s from inadvertently kicking its sharp edges under the water. Booties may be cumbersome, but they go a long way in protecting your feet from the foil.

Join Foil-academy.com to learn how to surf hydrofoil. It’s free and it is the number one rated online course.

4. Learn how to crash
Crashing is an art, and like any sport, once you learn to do it properly, you’ll be a lot less scared
of it happening. A few key tips on crashing with a foil:

5. Try behind boat or jetski first, if you can
While certainly not a requirement, learning the basics of foiling with the steady pull of a boat or
jetski makes the process a lot less intimidating. Once you get the feeling of a foil under your
feet, that muscle memory will translate across all foiling disciplines. If you start with a short
mast, a calm day and a slow pull, your likelihood of success is very high.