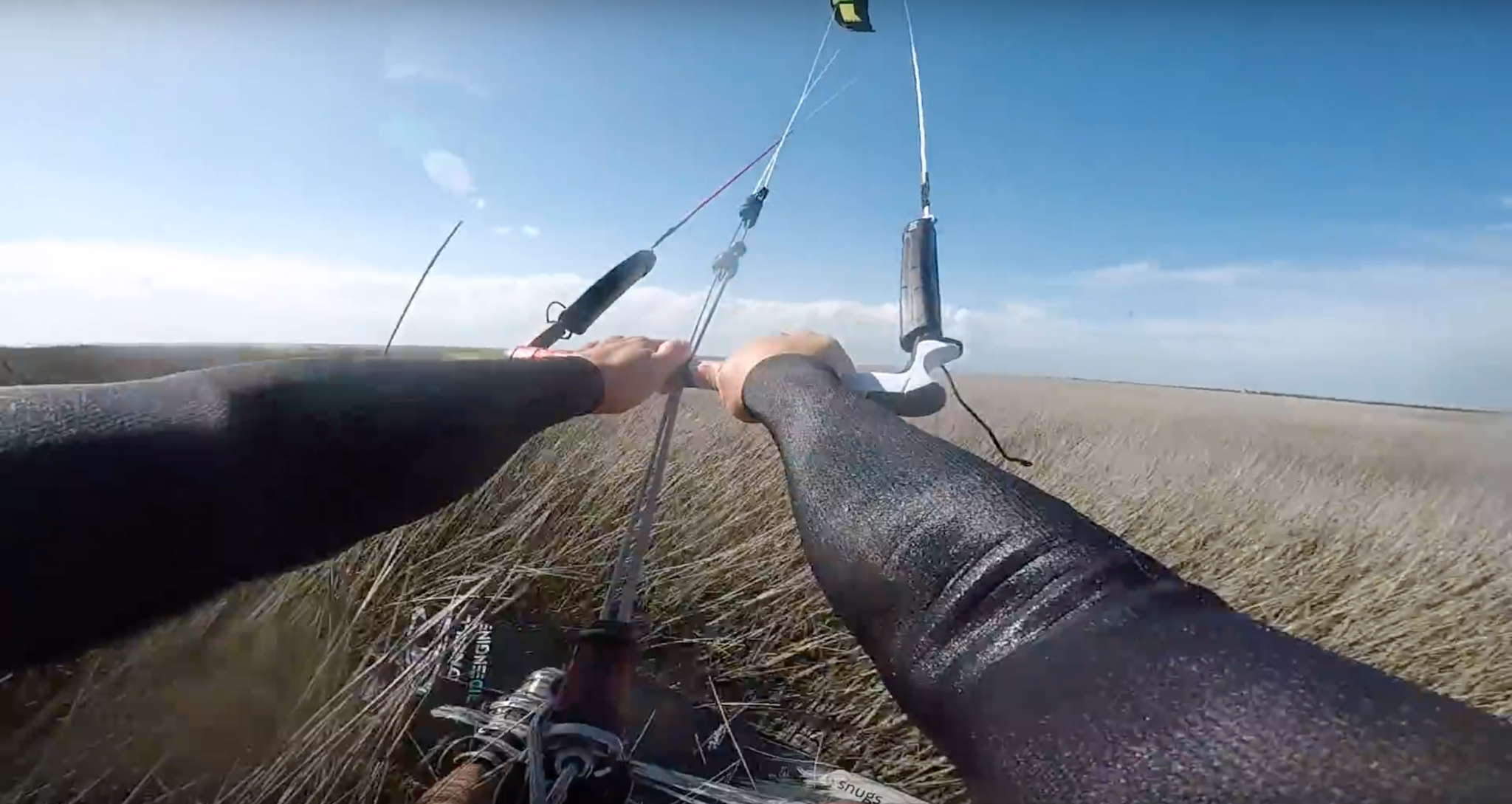 Sam Light dropped one of our favorite kiteboarding videos in a long time over the weekend. It featured some insane land gaps, long dock slides, massive kite loops, and of course some great park action. The video has gotten insane traction and went viral in the kite community. We had to check in with Sam to here what he had to say about the session and the video. Find the interview below and in case you missed the action you need to watch the Video:

Alex Fox: What up mate, this video went viral! What do you attribute that too?

Sam Light: It’s crazy, I never expected it to go that crazy. People love watching crazy stunts online and I think jumping over big land gaps captured peoples attention as its so unique, then the video just snowballs on Facebook.

AF: I guess a lot of people will wonder if you were scared filming these clips and landing in such tight spaces?

SL: Some of the gaps were super scary but I was so overpowered I knew I could cover some huge distances and be quite accurate, I also had long lines so I could cover bigger distances. The water level was really high that day so a lot of the land was covered by water which made more ponds accessible to jump into, and I took one crash on the grass and realized it didn’t hurt that much so I decided to keep going for it!

AF: My favorite thing about the video is that, its just you and your kite, there isn’t any other way to access or ride those ponds. Was that session the epitome of kiteboarding for you?

SL: When I thought about what caption to put I could only think of ‘Why I love Kiteboarding’ because the downwinder does epitomize kiteboarding for me; jumping on or over places only accessible by kite, plus some freestyle and rail riding, kiteboarding is so diverse and I think this video illustrates that while grabbing peoples attention as i was going over land. It was one of the best downwinders I’ve ever done!

AF: I guess hatteras is a special place. There aren’t too many spots in the world where you can find water conditions like that, and finish the session off with some rail riding….

SL: Hatteras is a very special place for kiteboarding, it’s definitely one of the best places to kite in the world and I would rate it as one of the best downwinder’s you can do as well. The sound side along the inside of the outer banks is the ultimate playground for kiteboarding, low lying reeds creates miles and miles of perfect flat water lagoons to explore, plus a few fun docks to place around on, then you finish off on the Real Watersports slick with the best slider park in the world!

AF: What kite were you riding and why?

SL: I was using an 8m RPM in the video on 23m lines. I chose the RPM as its the best all round kite, I feel most comfortable on it in the strong wind, as you can see in the video I can do everything on it from the biggest jumps and kite loops to freestyle and rails even maxed in 30+ knots. I was also using longer lines which gives me more range in tight spaces to maneuver and cover bigger distances jumping.

AF: What was your favorite clip in the video?

SL: The first clip was my favorite I think, it was one of the first ponds I jumped into and it was the most unique having to land in a small pond. I did also love the triple bankroll megaloop as it scared the shit out of me! I planning on a double roll kite loop but I went so big I had to throw a third backroll at the end, its so hard to control your spin and the kite at the same time, theres a huge amount of risk looping and spinning with bindings on like this as it can go very wrong, quickly! 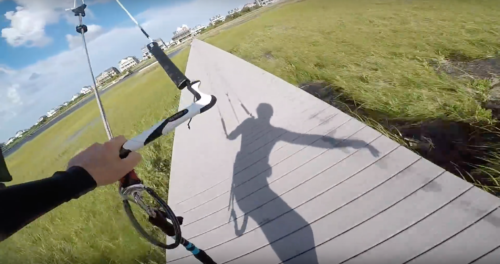 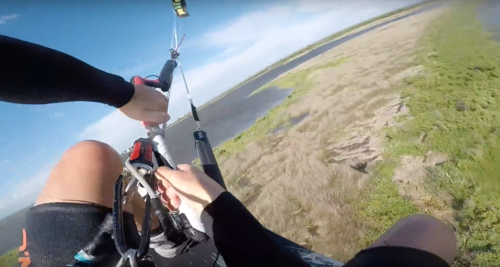