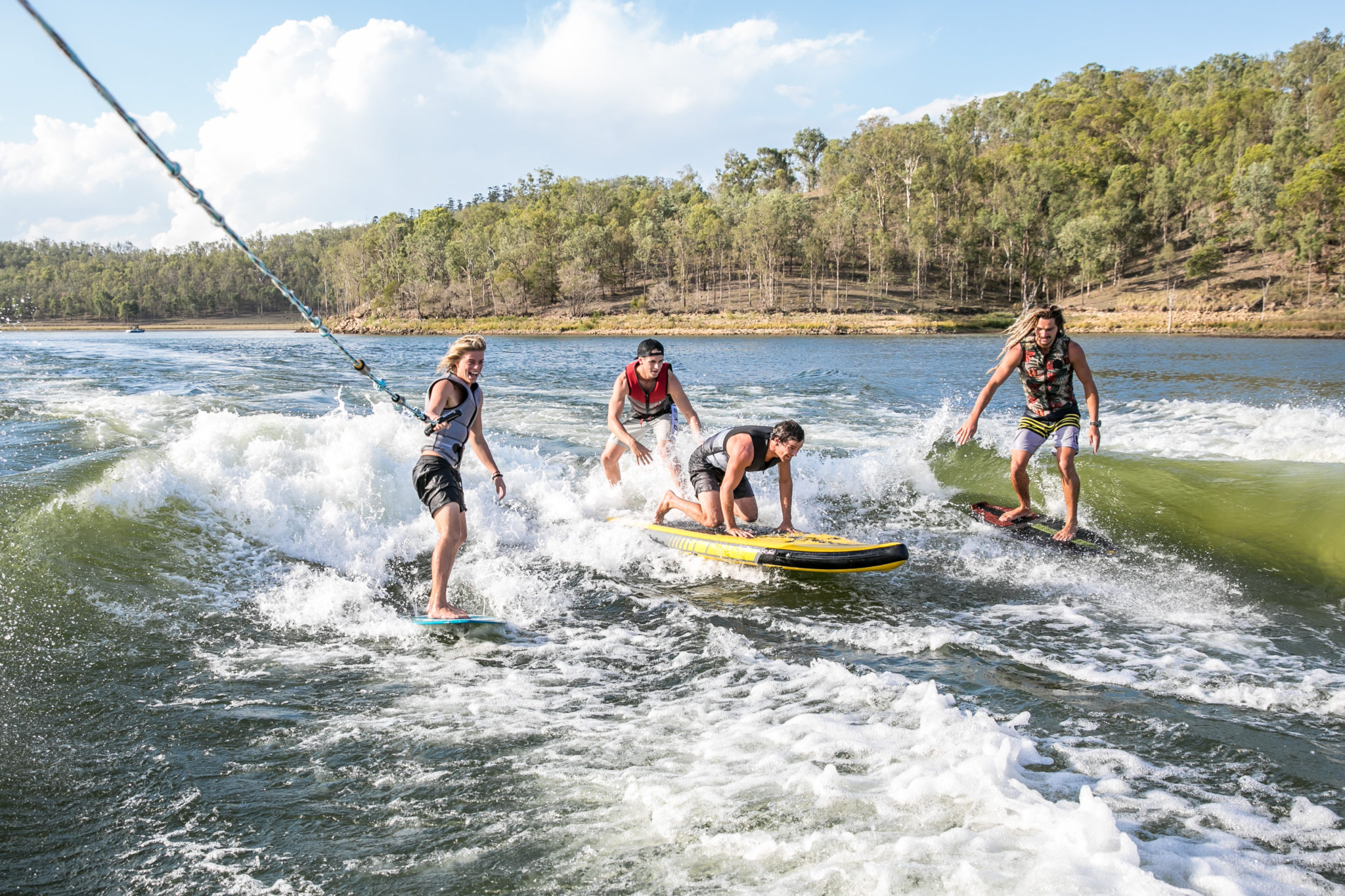 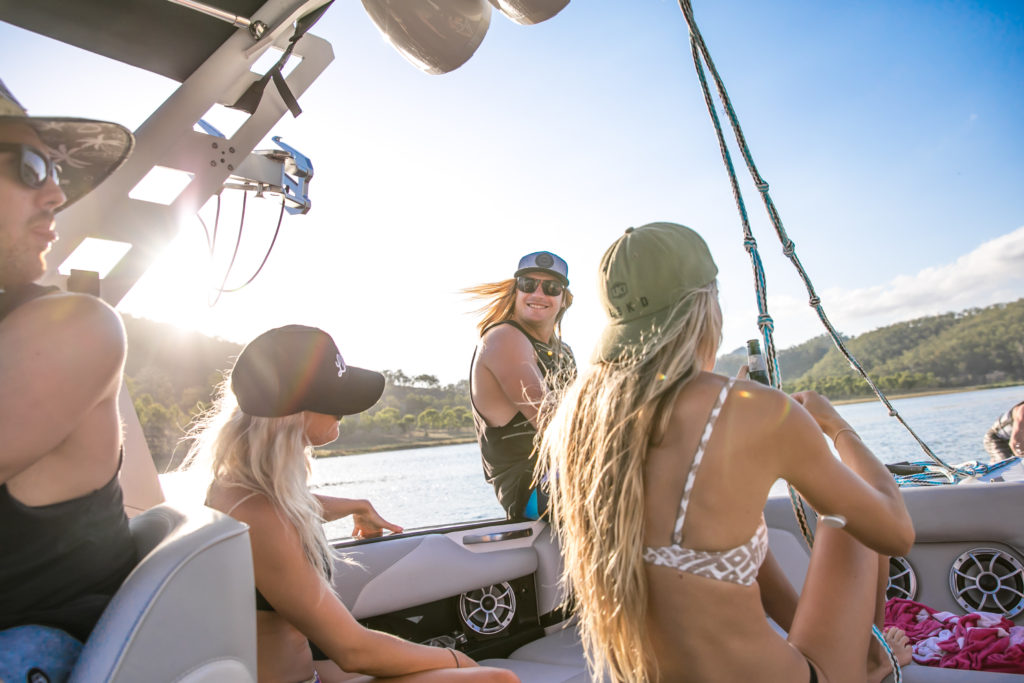 James Windsor doesn’t go boating often, but when he does, he does it in style…

Just a few weekends ago my clothing sponsor LKI Brand invited myself and Scotty Wilkings to come and hang out at Somerset Dam in Queensland, Australia with world champion skim-boarder Austin Keen, and lifestyle blogger Alex Hayes. I hadn’t met either of them before, so I was pretty keen to get out on the boat and have a chance to chill and wakesurf with them. 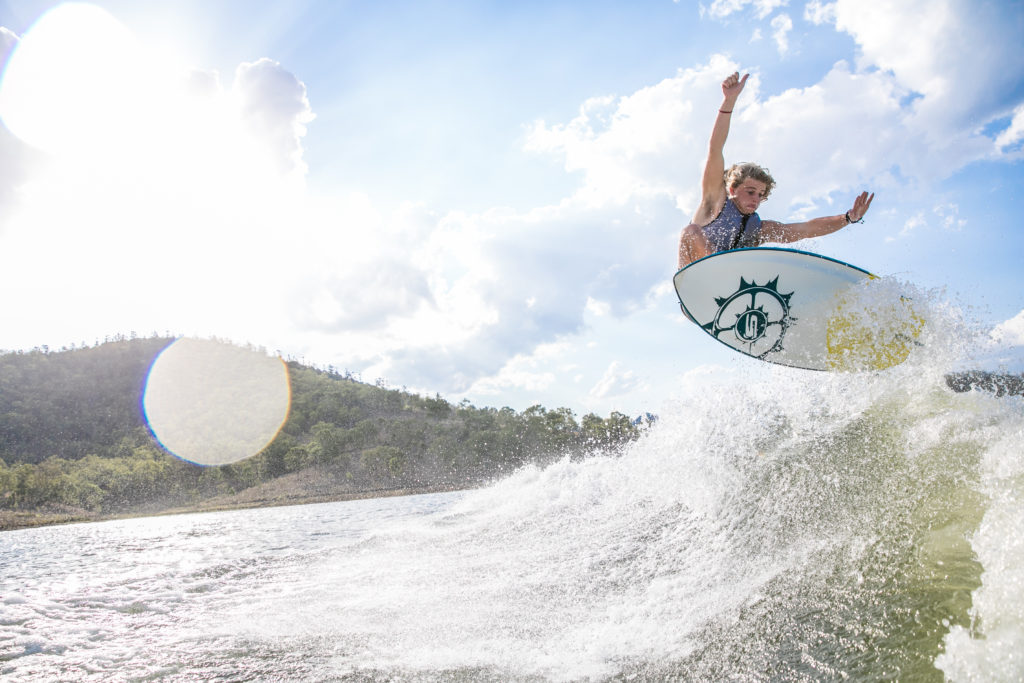 It was pretty funny – Austin took a two-hour Uber drive into the middle of nowhere to get there, and was a bit worried the driver was going to kill him. The weekend was good times from start to finish. We bombed hills on the LKI couch, skated heaps, did a bunch of shooting and spent plenty of time wakesurfing and wakeboarding, trying out all the Slingshot range from wakesurfers to SUP boards. Austin is insane on a skim-board, but I think my favourite part of the weekend was creating and riding the wake bowl. 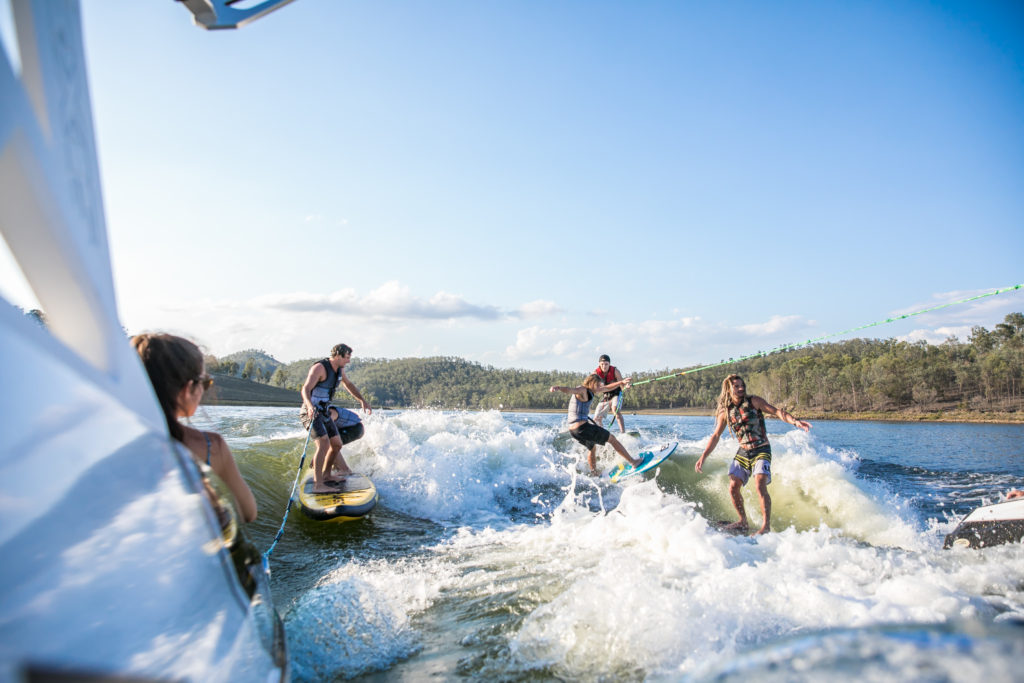 We put two boats side-by-side and had four of us cruising the V-shaped wake. I’d never done that before and it was surely worth the effort! I’d been looking forward to trying out the Slingshot Wake Surfers again, and they didn’t disappoint. We also had an epic session seeing how many we could get on the Slingshot SUP. Weekends don’t get much better than this……good vibes, good people, good products, and good lifestyle.

It’s so awesome to be partnered with the LKI brand and Slingshot, they are always trying new things and pushing the boundaries.

After three days of good times it was time to pack up and head home; I had to head to Bali the next day for the first contest of the season, but it was a killer way to finish off the Summer in Australia! 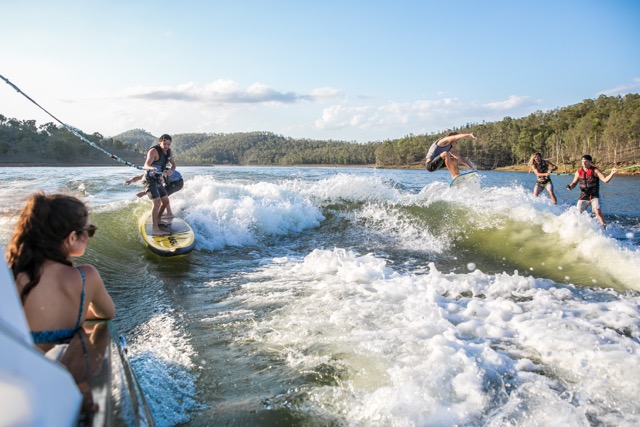