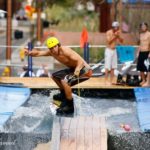 i dont know he can tell you 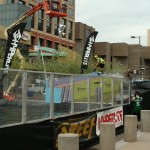 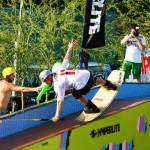 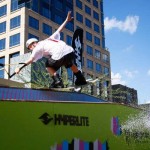 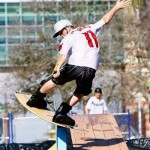 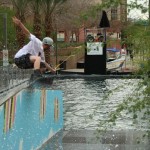 All in all things at the phx rail jam went really well thanks to Pat Panakos and his krew made it all happen. The set up was great flat to down box up to 3inch wide flat bar, it was perfect for box to rail transfers. The best part about it was it wasnt contest based, it was just krew of some the best rail riders such as Kasean  Suyderhoud, Jimmy Wolfe, Justin Fisher, Kris Salteski, Ben Greenwood, Myself and a few others. I also was pumped to see the Valdez Brothers make it out even though there both on the injured reserve list. Everyone was throwing down on the setup having a great time, with no pressure just the Krew riding together having fun. The weekend ended in complete Choas for Kasean and I, he lost his wallet stranded him with no money, photo id or anything to get on his plane. so we traveld around his last day in town trying to get him all the things he needed to get on his plane, just barley making it to the airport in time, but every trip has to have a few glitches or it would be any fun right? As far as the the boat show most everyone sold one boat and the wakeboard rail jam went extremly well. Here are a few shots from the weekend.