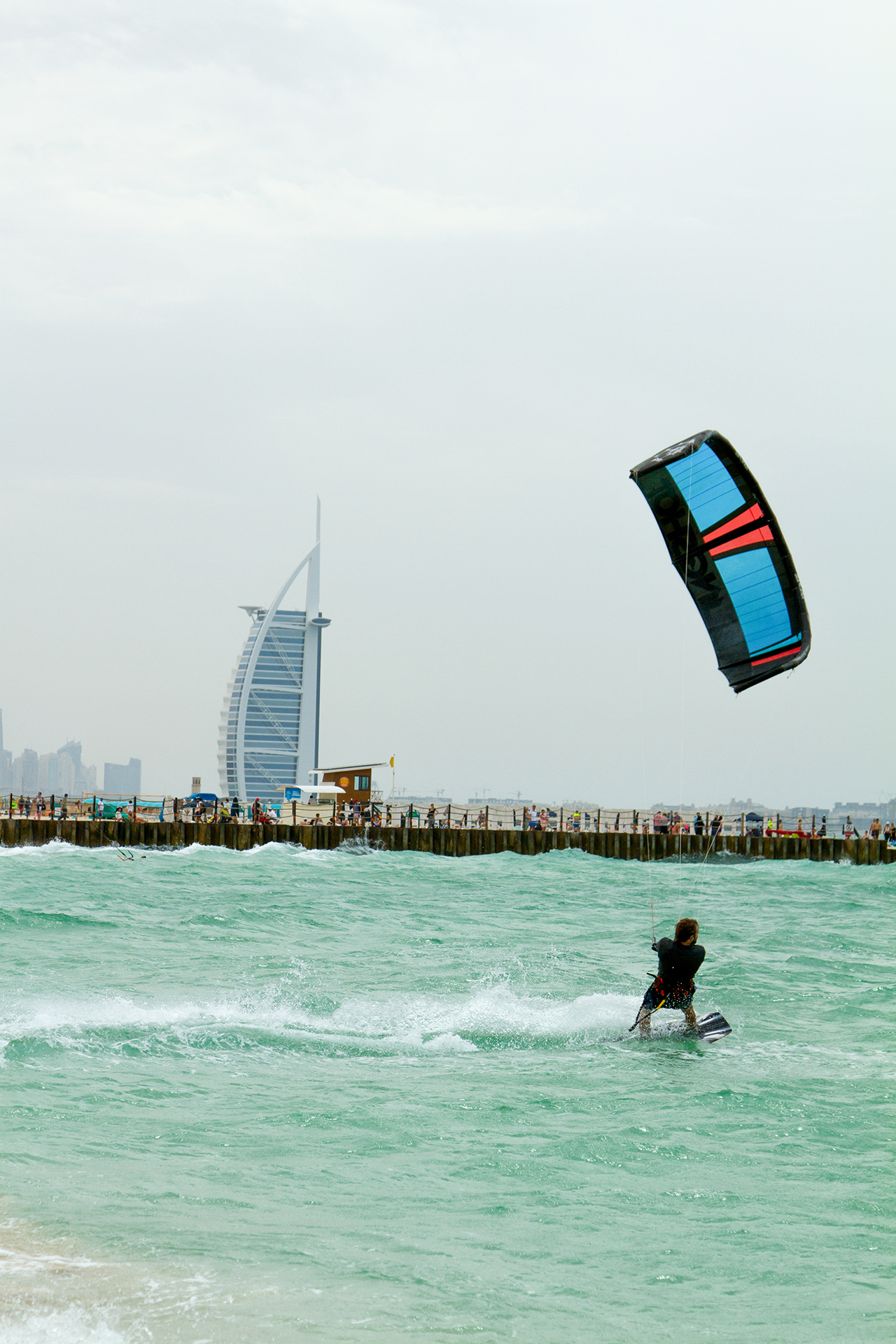 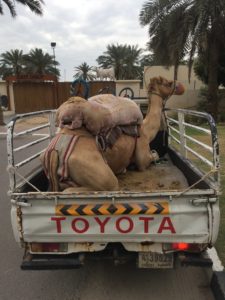 The eclectic mix of Dubai 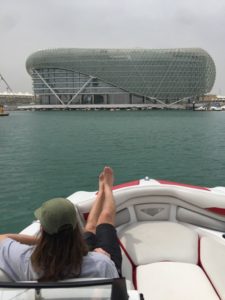 I have flown through Dubai many times but never actually left the airport, so I was excited when I heard about the trip to visit the new factory. We only had 4 days and the last day the factory was closed, so we spent every morning at the factory talking about everything from construction to graphics, our aim was to sign off on 2018 wake and kite boards.

We had an interesting factory tour, learning about each process and comparing it to the Moonshine factory. I was like a kid in a candy shop, I have only been to the Slingshot factory a few times and I always find it really interesting having spent so many hours of my life using these boards. Overall we were really pleased with the samples they had made, they had a really nice finish, plus they had some new graphic capabilities, which we we’re  excited about.  The graphics looked awesome! 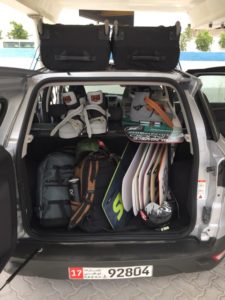 Now that we had talked about them enough it was time to get out on the water and test them out as there’s only so much you can check off in the office.  The true test is on the water. We headed down to the Al Forsan cable park in Abu Dhabi to test out the wakeboards.  After a long day on the water testing all the boards back to back against the  current production models we got a  good impression of the minor changes that needed to be made. We asked the factory to make a few other prototypes with the changes we wanted and then took them back to the cable the next day for more testing.

We managed to organize a ride on a boat for Jeff Mckee to test out  behind a proper boat. The guy who owned the boat was also a keen kitesurfer and was excited about the wind that day so we headed straight to the kite beach after the boat set. 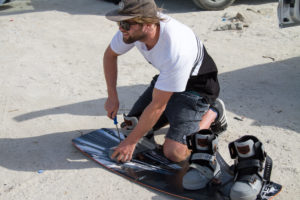 The perfect set up.

It was great to check out the kite scene in Abu Dhabi and to get out and test the boards on a kite, not just in a cable park or behind a boat. The rocker line and flex changes of the boards are effected by the kite so much so it was really great that we were able to get out there. 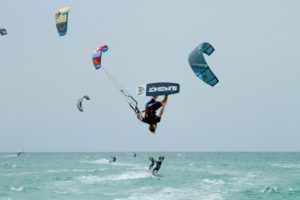 The factory was closed on our last day and we were lucky enough to have another day of wind. Apparently it is only windy a few days each month, so we headed straight to the Kite beach in Dubai for more testing and to meet the local dealer, it was really cool to check out the scene, the locals were so stoked to see the Slingshot crew show up and blow up unexpected. I had a really fun session and it was great to get another session under my belt to get an even better impression of the boards. After testing we had the rest of the afternoon and evening to get a few beers and check out the sights, including the worlds tallest building! It was a really productive trip, combining our wealth of knowledge from different backgrounds meant nothing was missed, we all left excited about this new chapter! 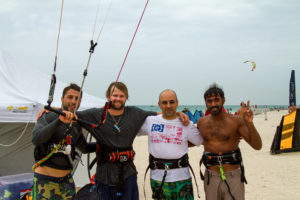 Hanging with the crew from Dubai