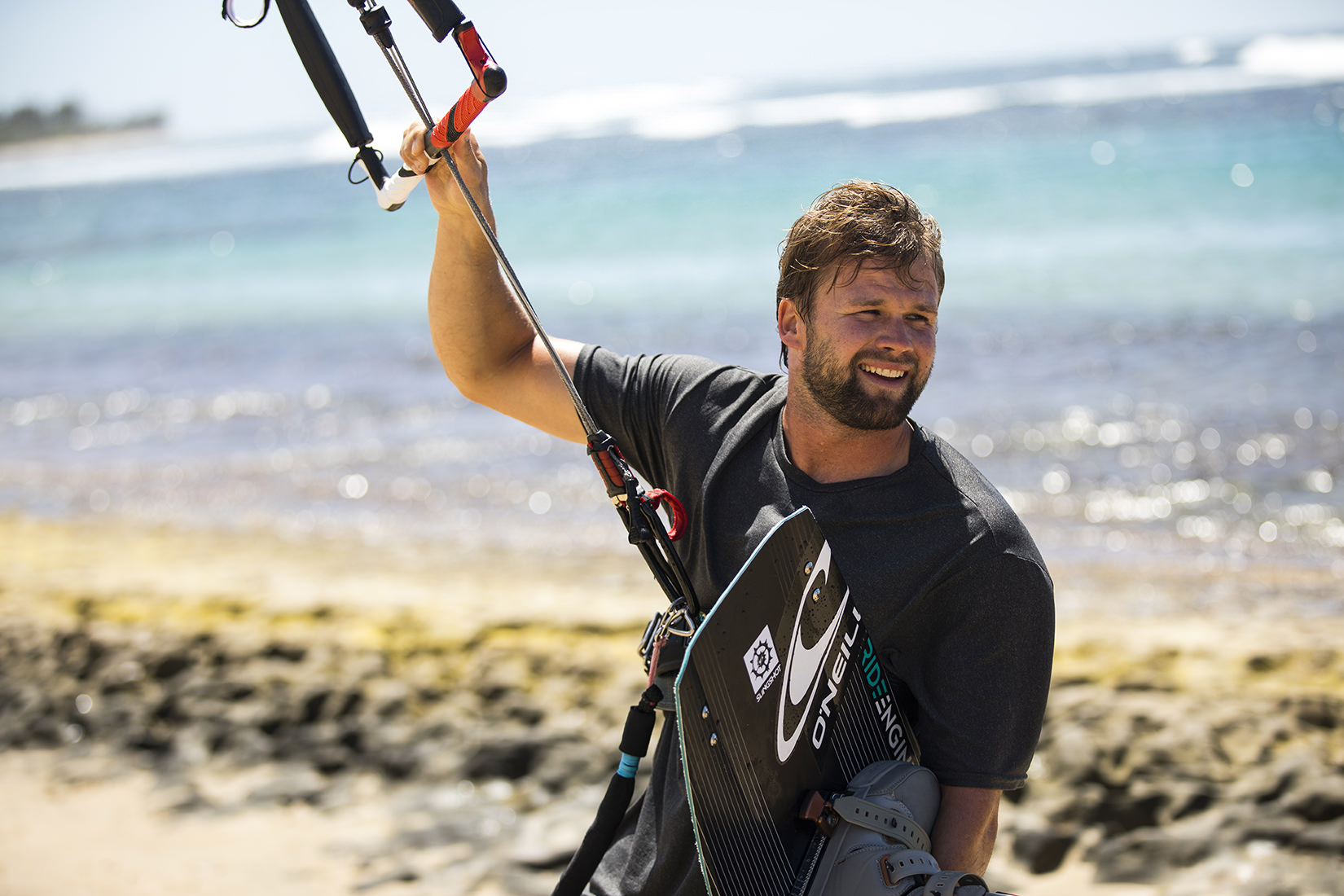 Sam Light – For The Love of Kiteboarding

Sam Light – For The Love of Kiteboarding

Five years ago I was asked by a kiteboarding magazine to write a column for one of their issues. I remember being really torn on what to write about. They gave me free reign and didn’t have an assignment or any real direction.  I was knee-deep in my “career” and I wanted to talk about other riders that inspired me, and people that kited for the love. At this time, Sam Light had just gotten on Slingshot and I think we had gone on one trip together. I was really hyped that we were now teammates because it kind of gave me something to chase and it pushed me to get better. I came across the article not long ago and here is what I wrote:

“I’ve had the pleasure of getting to spend a fair amount of time with Hayling Island’s favorite son after his recent signing with Slingshot, and he has blown me away. Sam  has come along way in the past couple years from an (not so) average PKRA rider to one of the heaviest hitters in the park movement. This dude has claimed the top spot at every single kicker and rail event out there, pretty impressive stuff when you consider he has also pieced together some of the best and biggest video parts in kiteboarding. From Dynamics to Island Time with Dre, Sam has been a busy guy basically dominating kiteboarding on all facets. With a style that is as consistent as it is beautiful, I don’t think there are many riders out there that I would rather watch. When you can find someone who can span the spectrum of style and technicality you know it’s something special.”

Here we are five years later and Sam has added so many more accolades to that already long list. After he won his second straight KPL title last week in Wales, I wanted to catch up with him and reflect on the journey.

AF: Whats up dude? Good to have some time at home after this KPL wrapped up in Rhosneigr?

SL: All good thanks, it’s so good to be home! I have had a fun run of trips the last few months, they all happened to line up perfectly. It started with a trip to Slingshot HQ in August; it’s always good going to ‘The Hood’! Then straight into an amazing week in The Mediterranean with the Wind Voyager crew on ‘Cartouche’, a 95ft cat with all the toys a man could ever need. After that I went to Sri Lanka with the missus for 12 days to celebrate her qualifying as a lawyer, we had such a great trip and even managed to squeeze in a few days at the best flat-water spot I have ever been to! I came home and drove straight to Wales the next morning for the Rhosneigr Park Jam, the final stop of the KPL on home turf! Finishing off the season in Wales is really cool. It delivered a full week of wind again this year and they threw a proper British rave in a barn to celebrate the year at the end of the contest, it’s been one hell of a month! 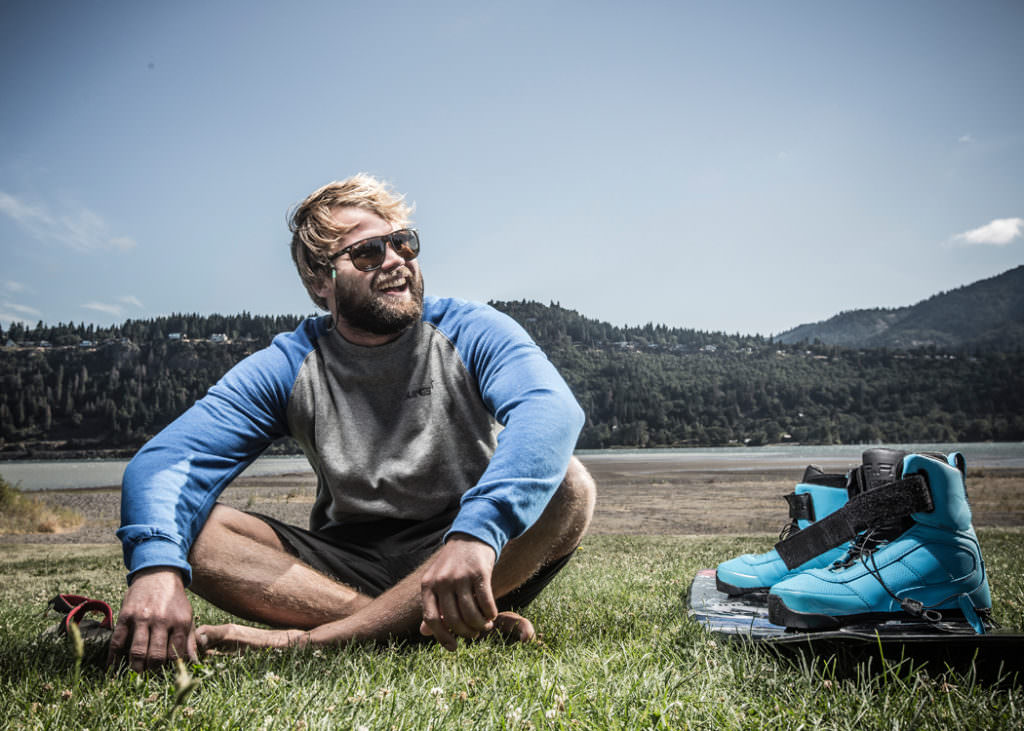 AF: I watched a few of the recap videos, the level is getting pretty damn high huh?

SL: It sure is, the level is getting really high, any body in the 9 man final could take the top spot. It was all on the line in Wales as whoever won the event out of Brandon, Ewan and myself took the overall title. It all comes down to who can put it down on the day. Plus there was challenging conditions in Wales on finals day, even though there was an easy slider and a nice kicker in flat water. It’s tricky in a 5mm wetsuit on a 8m kite to throw down your A game. It was also really cool to see the UK scene show up and get involved. I think we doubled the amount of competitors in the event this year, plus they had a rookie division as well. Tom Bridge even landed the third 900 ever landed in competition  at his first park event which was really impressive, hopefully we see him at more events next year.

AF: The vibes good though? Everyone seems to be hyped on pushing the KPL to newer and greater heights…

SL: There’s nothing but good vibes on the KPL which I love to be a part of. It’s all organized very democratically which generally works well and is fair for everybody. We just show up to existing events so the guys running the event do all the hard work, the KPL just helps wherever we can with judges, event formats, judging criteria and media to help improve it for everybody involved to get the most out of the event.

AF: It’s awesome to see, I can’t believe there have been two full years of park riding tours. Crazy to think it has come to that, and all because of the riders getting it done.

SL: Its still very much a grassroots tour and we love it that way, we don’t want to get ahead of ourselves and get caught in that political rubbish the freestyle tour gets themselves into, we just try focus on continually trying to improve. Every event we learn so much about how to make it better the next time, which helps everybody involved from the local event organizers getting it done efficiently to the media crew creating content and making sure all the riders are stoked with how the event went down. Now we just need some more funding for a proper live stream!

AF: I guess it’s always been like that though with kickers and rails, have to have the motivation to get it done.

SL: The KPL is full of motivated people; I think thats why most successful things exist. We have a really solid crew and its great to see that good work ethic rubbing off on the up and coming groms too! Just look at Noe Font who finished 4th overall, he just finished his first feature length movie and he’s not even old enough to buy a beer in the states!

AF: You think its safe to say that you are the most decorated park rider of all time, 4 SSS victories, 2x KPL champion, what continues to give you motivation?

SL: I just love it to be honest! I most likely would have stopped a long time ago if I didn’t just love kiteboarding so much. There is something about park riding and kiteboarding that keeps me coming back, it’s the infinite amount of combo’s you can learn, there is so many variables to contend with, the feeling of getting that perfect trick keeps you coming back. I grew up skating and kiteboarding just extended that love to the water. That and there is still so much potential for progression in park riding, we aren’t even scratching the surface. As a person I constantly want to keep pushing all aspects of my riding/life and competitions really push your mental and physical boundaries.  I also keep myself motivated by not completely focusing on one discipline, I love all aspects of kiting from big air to freestyle and lately I have completely got hooked on hydrofoiling, I love the feeling of flying! I think its important for your motivation to keep it fresh by switching up disciplines depending on the conditions so I am always learning or landing something new.

AF: Now that the “competition” season has come to an end what do you have planned?

SL: I’m going to Brazil in about a months time to do our Slingshot RPM shoot, then I might be staying out there an extra week to coach the WKCA kids so that will be fun! I’m not 100% sure after that, potentially Australia or Cape Town.  I missed the KOTA last year so I’m keen to get back to that again this year, I’d like to add that trophy to the cabinet. 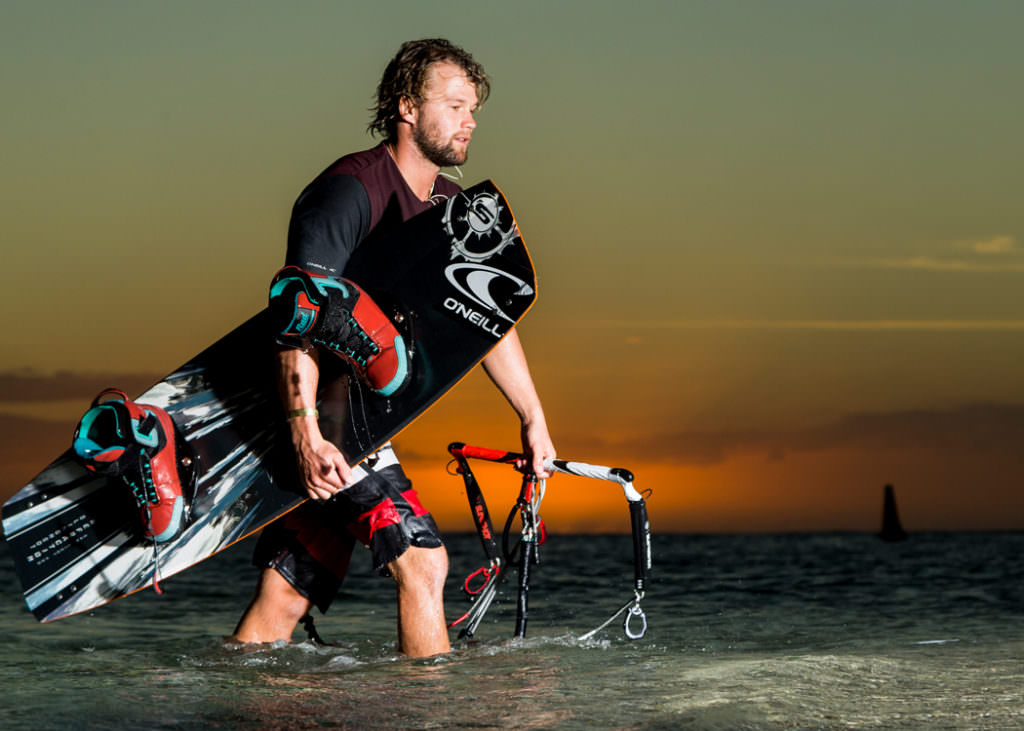 AF: We chopped up some old clips from the kicker free riding days to celebrate how far you have come, you miss those days? Watch the video here: https://youtu.be/uIa7XAtXlxA

SL: This is really cool, thanks! They were good times! It’s nice to see all the best hits together from that time. I do miss riding with my homie Alex Fox as much as I use to!

AF: Well we will see you soon mate, enjoy the crown. Have a pint on me!