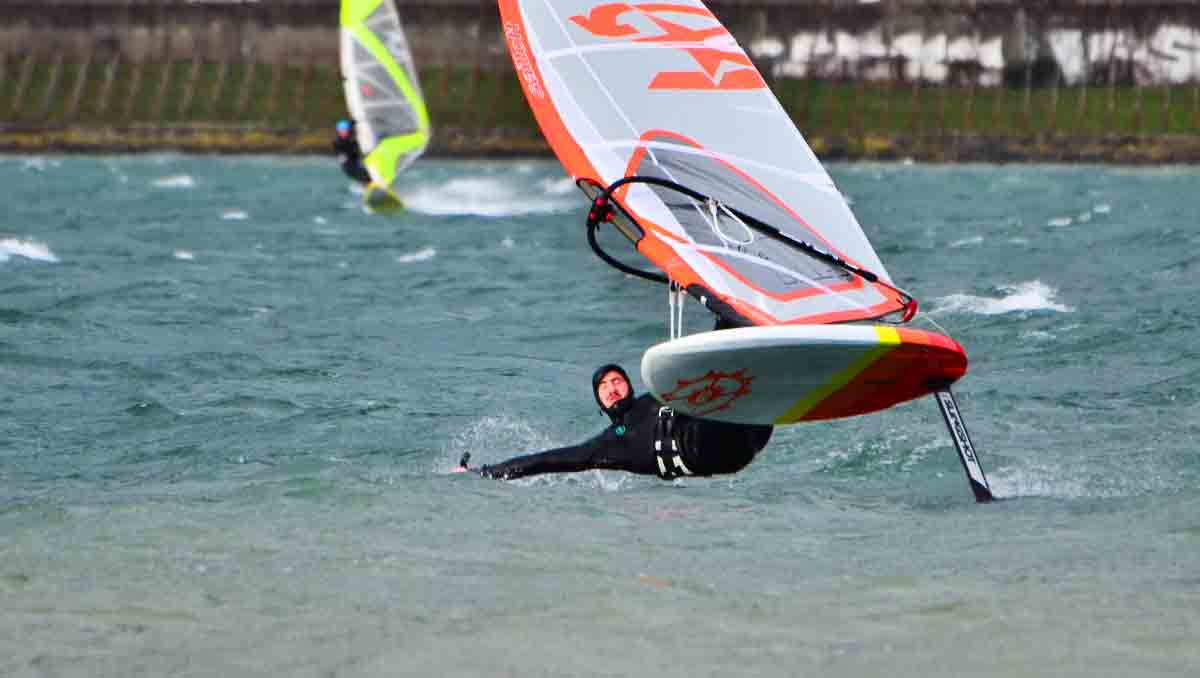 Jakob Müller and his brother, Balz, know about Windfoiling

Watching them go trick for trick on the water is more like watching a video game than real life. The two Swiss windsurfers have long been world-class freestyle fanatics and have taken the foiling world by storm as they transferred their crazy technical abilities to an unparalleled level of acrobatic freestyle foiling, which they have coined FoilStyle.

“Jakob is fearless and dedicated- we’re really excited to have him on the team,” said Wyatt Miller, Slingshot Windsurfing Brand manager and a windsurfing legend in his own right. “Jakob and his brother live on a lake in Switzerland where it’s often really light wind, which is perfect for foiling. The two of them have really been pushing the envelope, doing first-ever tricks and setting a very high bar for the rest of us to follow.”

Müller, who works as a carpenter for his day job, has been riding Slingshot Hover Glide and Ghost Whisper foils and boards for over a year. Having him join as an official team rider is a clear sign that the brand is on the front lines of foiling progression and innovation.

“It feels great to be part of the most progressive freeride/freestyle foil brand out there,” Müller said. “I tried this new way of windsurfing for the first time only a year ago and I immediately realized it could bring the sport to a whole new level. Never in my 14 years as a windsurfer have I had this many good sessions in one year at home. Even the worst wind became a sick session, and with my brothers and friends it got better and better every time.” 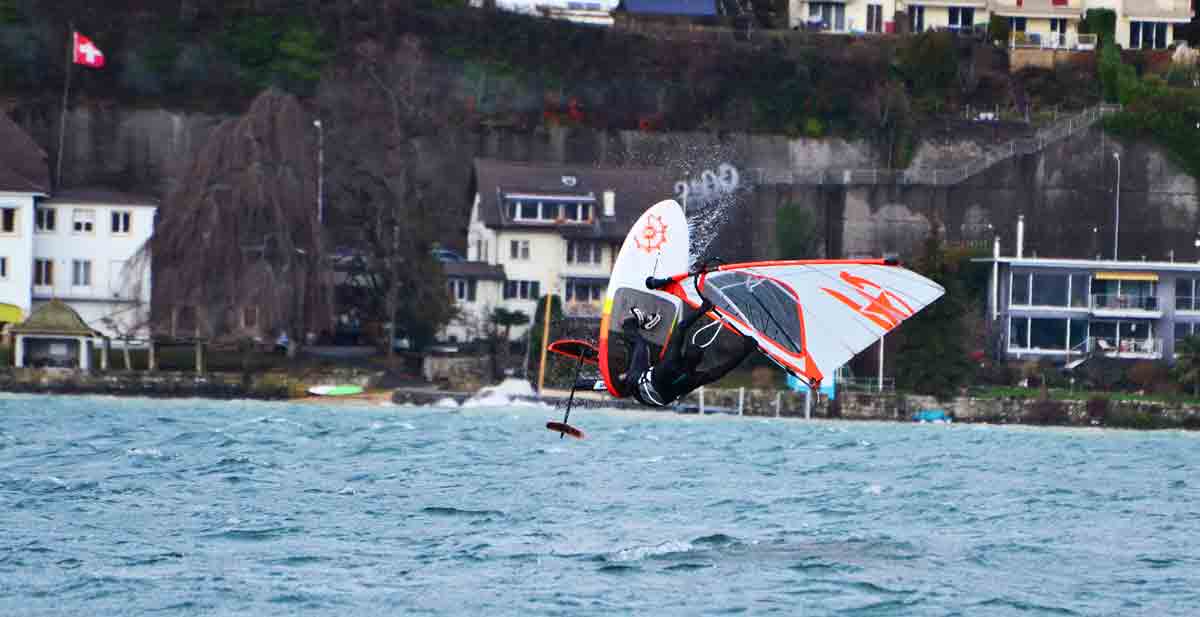 For Slingshot, the benefit of having someone like Jakob on the team goes well beyond his skills as an athlete.

His intimate knowledge of the gear and ability to push it to its limits is an invaluable tool in the research and innovation process and will help shape the future of Slingshot’s foil program. He’s also savvy in media and content creation, which goes a long way these days.

“The two of us have been going back and forth with videos and photos of our most recent foil moves,” Miller said. “He landed the first ever Foil Ponch and Foil Flaka. Every time he posts a new video, I know I have to go out and try to match him. It really keeps the fire going, as I’m sure it does for a lot of others out there.”

Luckily for Miller, winter is in full swing in Switzerland so Müller’s home lake is frozen over.
“That gives me a little time to catch up,” Miller laughed, from his windy winter base in Baja. “The guy is fearless, and dedicated to beating his brother and I on the quest for new foil tricks. Expect to see a lot of good footage coming from him as soon as that lake warms up!”