Surf foiling – Footstraps or no straps

Should you use footstraps for surf foiling?

It’s a new question in surf foiling: To strap or not to strap. In foiling’s early days, pioneers like Laird Hamilton were fully committed. They strapped themselves to their boards with snowboarding boots and towed into freight-train sized waves that few people had ever surfed. Now we see foilers like Kai Lenny pumping in circles from wave to wave and Fred Hope jumping the height of a three-story building, with nothing but bare feet and a little surf wax on their boards. Somewhere in between, there’s the rest of us. 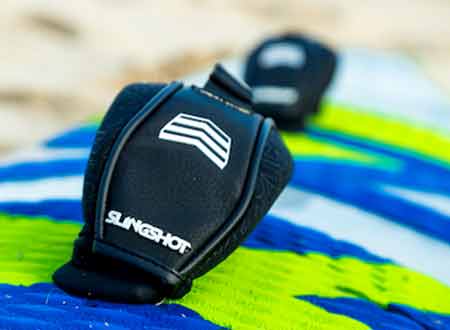 At Slingshot, it’s a question often asked, usually by entry-level foilers anxious to get started but unsure of what setup is right for them. To strap or not to strap?

Should you use straps for surf or SUP foiling?

Definitely not. The only reason you’d want to use straps in any kind of waves is if you’re an experienced foiler towing-in to long-period rolling swell where you’re riding at high speeds and need straps to keep you locked in. Other than that, straps just get in the way and dramatically increase the risk of injury. We’ve seen pro-level surfers using straps to stay locked in during aggressive carving and airing off of waves, but once you’re at that level you won’t need our advice.

Sign up for Foil-academy.com and gain access to the number 1 rated online class for learning to surf foil.