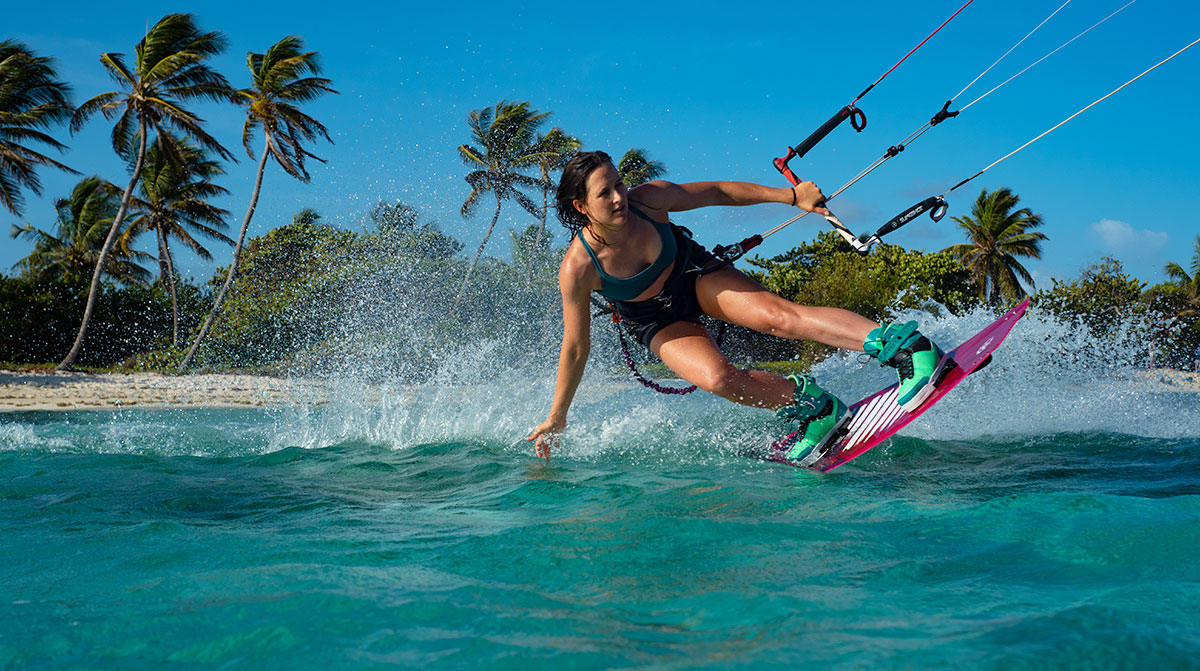 The three-time world champion is veteran competitor and a style-master in freestyle, wakestyle and park riding. In her latest video blog, Karolina lets us in on a few tips that help her stand out no matter where she’s riding.

The takeaway: Whether you’re competing against the world’s best, shooting photos or video, riding with friends or just showing off for spectators, standing out isn’t about hucking yourself around wildly trying crazy new tricks; it’s about being smooth and making the tricks you do know look as stylish and controlled as possible.

Here are Karolina’s five tips to make your riding more stylish and attention-worthy:

Holding your edge for a second or two longer than you normally will increase the amplitude of your tricks, will give you more time in the air, a more controlled release off the water and better-inverted ability.

Adding a simple grab in the middle of a trick or air adds a ton of style points and shows control. This is super helpful on photo/video shoots, when the best images are often not the craziest, most complicated tricks. Shots of a casual grab that looks relaxed and stylish have just as much (or more) appeal.

3. Tweak-out your grabs to show even more style and control.

Grab your board, pull in, bend one leg and straighten the other. Even a simple pop off the water can look cool with a nice tweaked-out grab.

4. For those landing blind:

Keep riding blind for a second or two after you land. This is key for contests, when judges want to see you’re in total control throughout the trick, including the landing.

5. Put your kite a bit lower in the window:

This gives your tricks more power and speed and helps you get fully extended since the kite is pulling you horizontally instead of straight up. For hooked-in tricks, aim for 11 o’clock, for unhooked tricks, go closer to 10 o’clock for more style.

That’s it for now. Thanks to Karolina for checking in from sunny and windy Brazil. It’s comforting to know you don’t have to be a world champion to stand out on the water; you just have to make the tricks you do know as smooth and stylish as possible.