Why Karolina Chose To Tour The World

Some of you may have caught our latest ad campaign featuring our long-time team rider Karolina Winkowska, and we wanted to give you a little insight to the reasoning behind the ad.  The list of Karolina’s accolades inside the sport of kiteboarding runs just as long as any other pro, and after a really long and successful(2 World Championships) stint on the world tour she chose to leave the tour life to explore what else there was that she could achieve outside the confines of competition kiteboarding. In her own words, Karolina had this to say about her departure:

Looking back on my past 11 years of competing on the freestyle world tour, I couldn’t be more thankful for the opportunities I’ve had. I have traveled the world, made new friends, and fulfilled my dreams of becoming then of the best in the world. I have been involved in competition for so many years I started becoming less of myself and more of a competitive machine. My life turned into a stressful non-stop training and competitive environment that weighed a lot on me. After a turbulent end to the PKRA I became really confused about what to do next because all my whole kiteboarding career had been based on a competitive schedule.

That next year I spent the entire winter in Australia doing what I love the most —  kiteboarding. The riding wasn’t limited to the routines I had become accustomed to and the tricks I once had to perform in all kinds of conditions. I finally felt free and happy to become like the other free-ride kite boarders. It’s such a relief to be able to ride the way they want as opposed to the way a group of judges say is best. I still love staying active and healthy including my daily routine of yoga, fitness and a healthy diet. The idea of being free from the competitive strategy and stress made my kiteboarding sessions more exciting than ever. No longer is it about adding another rotation that will give me the scores needed to win another heat, now my riding is more about feeling and doing the tricks the way I like to execute them. With this new found freedom I started exploring so many other things, like wave riding, foiling, and hitting features.

My kiteboarding experience instantly became more exciting, I started looking at the riding conditions with a more flexible approach. Before it was all about repeating my trick repertoire in all different kind of winds and conditions. Last year I really focused on hitting obstacles and joined the Kite Park League where I met new riders, visited new locations and became re-invigorated to compete again. This allowed me to spend more time on the beautiful Polish seaside where I got involved in sharing my passion with other women kiteboarders. Together with my two best friends we have organized a female specific event where we encourage other women to push their kiteboarding boundaries. Whether it’s their first step on the board or a new trick, we are there to help them out. In this past year I have become so excited to be able to share the knowledge about the sport and the life I live with other female enthusiasts. It’s definitely been a challenging year for me, changing the way I look at kiteboarding and competitions, but at the same time it has made me happier to explore new things that I never had time to do before.

When Karolina approached us with the topic of her leaving the tour, we supported her decision wholeheartedly. We never sponsored riders because they were world champions or for what they accomplish in a competition. Our riders have gained influence and notoriety for how their riding talks before and after the competitions, and for who they are as people and individuals. Karolina, has such a raw and passionate love for kiteboarding that resonates with us on a scale taller than any podium. We’re happy to see her acclimating to life after the tour and seeing what she is accomplishing for the women of our sport. 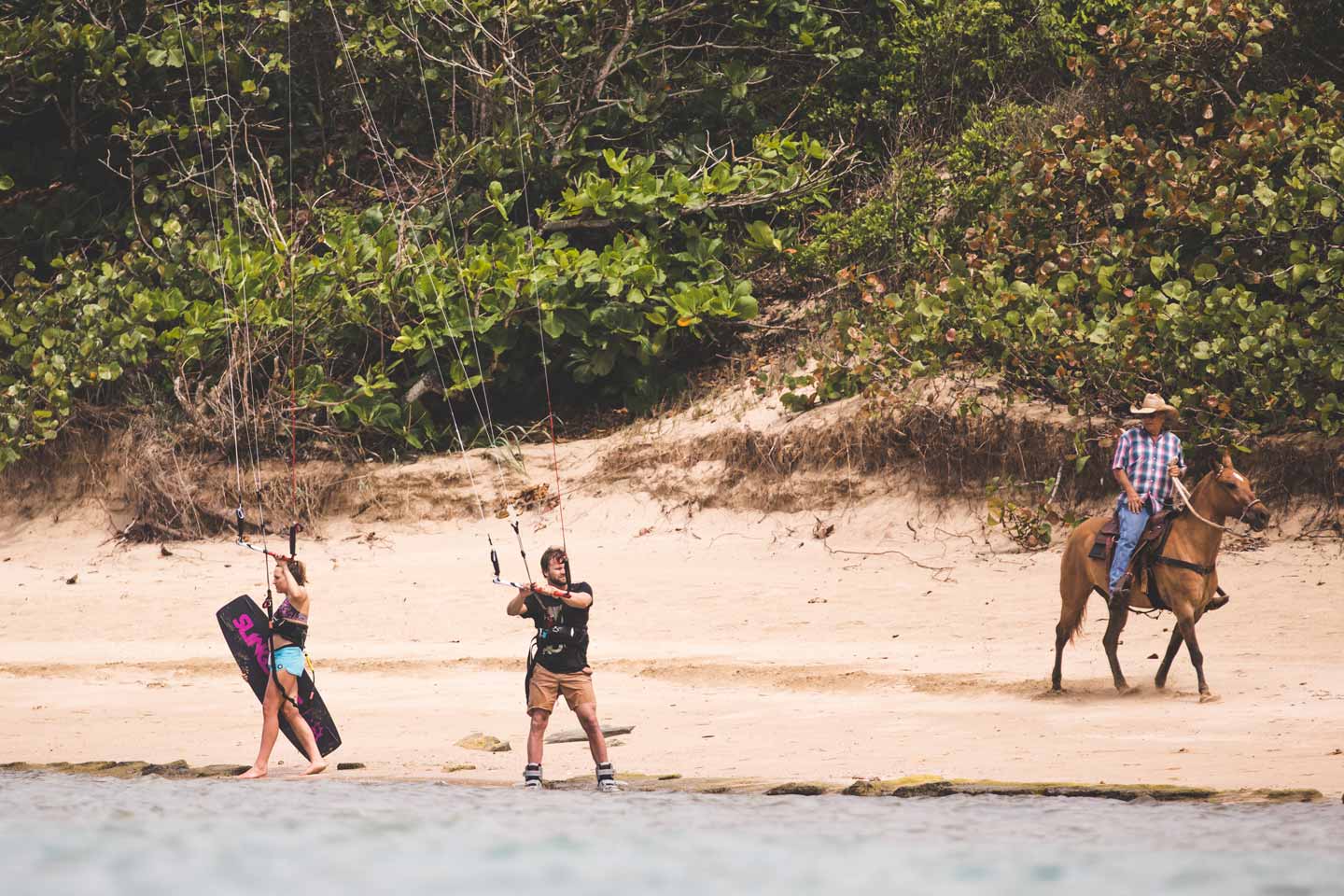 Karolina and Sam making friends across the world 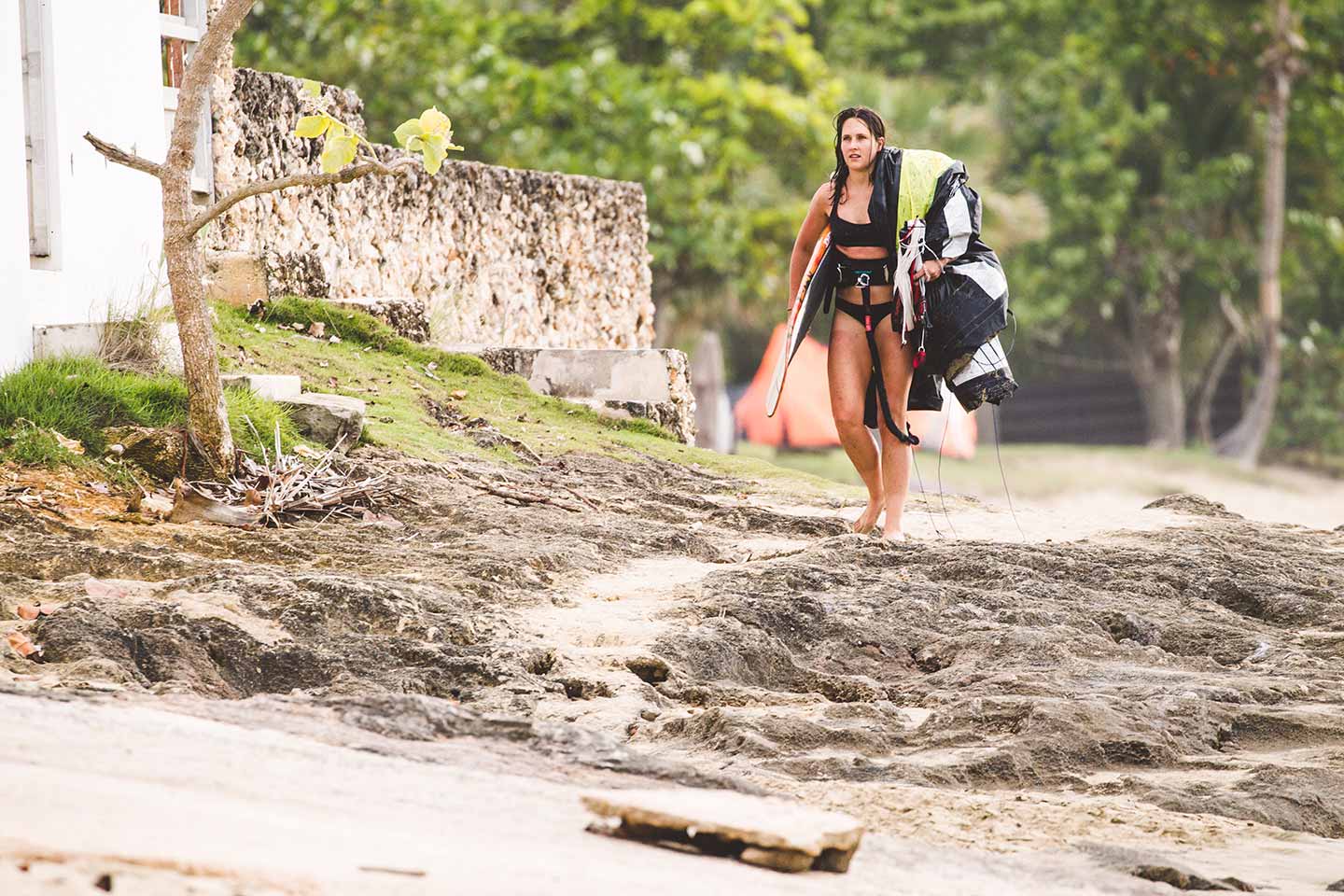